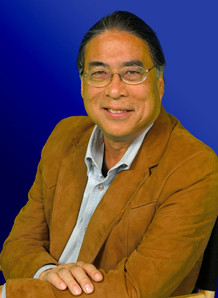 Regarding today’s markets and gold and silver, on April 15th,  Sandeep Jaitly wrote:

Metals update: backwardation or not?

Over the past few weeks and months, there have been seismic changes in the way people are thinking of markets – and the concept of markets – generally.

As evidenced by movements in the Federal Reserve’s sale and repurchase facility from last September, which has resulted in the TARP balance sheet reaching a record of $6,000bn and at a record rate of over $630bn/month since the year began, there are ‘issues’ with all markets – in as much as markets are markets with ‘monetary’ fiat.

The whole concept of ‘owning shares’ is being questioned by those who’ve been taught to remain braindead by generations and generations of ‘economics teachers.’ It’s in this context that metal futures – especially of gold and silver – are moving apart from other ‘securities.’ May silver returned a co-basis reading of +0.2% on 10th March 2020 – i.e. actionable backwardation – before falling to its current level –12.3%. This would ordinarily indicate a substantial move out of silver – and indeed silver’s ‘fiat price’ fell from $17/oz on 10th March to $12 by 19th March. It should be noted that over the same period, the Dow Jones Industrial average fell from 25,001 to 20,087 – ‘value’ never to be recovered, allowing for ebbs and flows.

Is there a true ‘reduction in demand’ for silver? Those who hold ‘securities’ are trying to switch from those that will vanish (‘shares’ and ‘bonds’) into ones that will not vanish, or at least ‘one side of which’ won’t vanish – and silver/gold futures/forwards, amongst other goods, fit that requirement. This is evidenced by looking at changes in COMEX system of repositories’ inventory, which gives a clearer picture as to the true ‘demand for silver.’

When registered silver declines in conjunction with silver being brought into the COMEX system, managers are worried about their maintenance of exchange between ‘futures’ and ‘physical.’ This can only be for ‘increased demand for silver of itself †.’ If this happens repeatedly then there’s ‘repeated demand for silver.’

Precisely such a situation is occurring in silver, as can be seen in the ‘COMEX silver stress indicator’ chart – which tallies such demand. It has remained elevated whilst May silver’s co-basis has fallen sharply. Demand for silver of itself is there and growing and will mimic interest in the automatic favourite of gold. The gold/silver ratio, currently at 111X, provides an excellent opportunity to switch from gold into silver.

† Such an issue of ‘maintenance of exchange between futures and physical’ (i.e. ‘default’ in all but name) happened in COMEX gold, as reported on 24th March: https://www.kitco.com/news/2020-03-24/CME-resolving-physical-gold-squeeze-with-delivery-of-100-ounce-400-ounce-and-1kg-bars.html

TODAY – STATUS OF THE ENDGAME

Investors who think the worst is over had better prepare for the other shoe to drop…there has never been an instance where an initial drop of 30% in the stock market did not take at least another six months to bottom… in bear markets, shares tend to fall by as much as earnings. Assuming that the bottom line is halved over the next six to nine months for S&P 500 companies…the S&P 500 should eventually fall to at least 1700. That is miles below the current 2789, and 22% lower than the March 23 crash-landing bottom.

The day before Rick Ackerman (editor of Rick’s Picks, an uncannily accurate predictor of markets), wrote the above, Sandeep Jaitly had warned of an even more dire outcome, i.e. a reversion of stocks to their “strip” value.

The Dow Jones Industrial Average closed at 23,720 on Friday, 10th April, having rallied from the low of 18,592 achieved on 23rd March. How much further is there for ‘shares’ to fall?

In order to calculate this, Apple is used as a ‘suitable market proxy’ – combining ‘integrated manufacturing and retail.’ Up to September 2019 for the year, Apple earned $260bn in revenue at a 24.6% operating margin – i.e. Apple’s ‘markup’ for ‘their’ goods sold along the high street was 1.31X. This is down substantially from the prior financial year’s ‘markup’ at 1.36X.

The ‘operational metric’ to examine is ‘strip value’ – the combination of property and working capital. Below is a table for this metric with Apple from 2013 to 2019. Essentially, the ‘strip value’ of any company is the residual value were the company to be acquired, liquidated and stripped for ‘assets’ having paid off any company debts.

Working back, this means that Apple’s share price is likely to fall to the $25 region v. $267 close on 10th April.

Apple is currently trading at 63X its ‘strip value’ – compared to a company like WalMart trading at 3.4X. Even ‘safe haven companies’ like WalMart are trading well in excess of their strip value. In line with Apple, WalMart’s share price is likely to fall the $30 region, from its closing level of $121 on 10th April.

The market rout has just begun.

On April 11th,  the always insightful Pepe Escobar wrote in his article, Total System Failure Will Give Rise To New Economy:

Is the world on a collision course with the financial and economic equivalent of a meteor impact with shock wave?

Nobody, anywhere, could have predicted what we are now witnessing: in a matter of only a few weeks the accumulated collapse of global supply chains, aggregate demand, consumption, investment, exports, mobility.

Nobody is betting on an L-shaped recovery anymore – not to mention a V-shaped one. Any projection of global gross domestic product (GDP) in 2020 gets into falling-off-a-cliff territory.

In industrialized economies, where roughly 70% of the workforce is in services, countless businesses in myriad industries will fail in a rolling financial collapse that will eclipse the Great Depression.

That spans the whole spectrum of possibly 47 million US workers soon to be laid off – with the unemployment rate skyrocketing to 32% – all the way to Oxfam’s warning that by the time the pandemic is over half of the world’s population of 7.8 billion people could be living in poverty.

According to the World Trade Organization’s (WTO) most optimistic 2020 scenario – certainly to become outdated before the end of Spring – global trade would shrink by 13%.  A more realistic and gloomier WTO scenario sees global trade plunging by 32%.

What we are witnessing is not only a massive globalization short circuit: it’s a cerebral shock extended to three billion hyperconnected, simultaneously confined people. Their bodies may be blocked, but they are electromagnetic beings and their brains keep working – with possible, unforeseen political and other consequences.

Soon we will be facing three major, interlocking debates: the management (in many cases appalling) of the crisis; the search for future models; and the reconfiguration of the world-system.

This is just a first approach in what should be seen as a do-or-die cognitive competition.

Sound analyses of what could be the next economic model are already popping up. As background, a really serious debunking of all (dying) neoliberalism development myths can be seen here.

China, Japan, South Korea and Taiwan are very well positioned for what’s ahead, as well as selected European latitudes.

Plamen Tonchev, head of the Asia unit at the Institute of International Economic Relations in Athens, Greece, points to the possible reorganization – short term – of Belt and Road Initiative projects, privileging investment in energy, export of solar panels, 5G networks and the Health Silk Road.

Covid-19 is like a particle accelerator, consolidating tendencies that were already developing. China had already demonstrated for the whole planet to see that economic development under a control system has nothing to do with Western liberal democracy.

On the pandemic, China demonstrated – also for the whole planet to see – that containment of Covid-19 can be accomplished by imposing controls the West derided as “draconian” and “authoritarian,” coupled with a strategic scientific approach characerized by a profusion of test kits, protection equipment, ventilators and experimental treatments.

This is already translating into incalculable soft power which will be exercised along the Health Silk Road. Trends seem to point to China as strategically reinforced all along the spectrum, especially in the Global South. China is playing go, weiqi. Stones will be taken from the geopolitical board.

In contrast, Western banking and finance scenarios could not be gloomier. As a Britain-centric analysis argues, “It is not just Europe. Banks may not be strong enough to fulfill their new role as saviors in any part of the world, including the US, China and Japan. None of the major lending systems were ever stress-tested for an economic deep freeze lasting months.”

So “the global financial system will crack under the strain,” with a by now quite possible “pandemic shutdown lasting more than three months” capable of causing  “economic and financial ‘system failure.’”

As system failures go, nothing remotely approaches the possibility of a quadrillion dollar derivative implosion, a real nuclear issue.

Capital One is number 11 on the list of the largest banks in the US by assets. They are already in deep trouble on their derivative exposures. New York sources say Capital One made a terrible trade, betting via derivatives that oil would not plunge to where it is now at 17-year lows.

Mega-pressure is on all those Wall Street outfits that gave oil companies the equivalent of puts on all their oil production at prices above $50 a barrel. These puts have now come due – and the strain on the Wall Street houses and US banks will become unbearable.

The anticipated Friday oil deal won’t alter anything: oil will stay around $20 per barrel, $25 max.

This is just the beginning and is bound to get much worse. Imagine most of US industry being shut down. Corporations – like Boeing, for instance – are going to go bankrupt. Bank loans to those corporations will be wiped out. As those loans are wiped out, the banks are going to get into major trouble.

Derivative to the max

Wall Street, totally linked to the derivative markets, will feel the pressure of the collapsing American economy. The Fed bailout of Wall Street will start coming apart. Talk about a nuclear chain reaction.

In a nutshell: The Fed has lost control of the money supply in the US. Banks can now create unlimited credit from their base and that sets up the US for potential hyperinflation if the money supply grows non-stop and production collapses, as it is collapsing right now because the economy is in shutdown mode.

If derivatives start to implode, the only solution for all major banks in the world will be immediate nationalization, much to the ire of the Goddess of the Market. Deutsche Bank, also in major trouble, has a 7 trillion euro derivatives exposure, twice the annual GDP of Germany.

No wonder New York business circles are absolutely terrified. They insist that if the US does not immediately go back to work, and if these possibly quadrillions of dollars of derivatives start to rapidly implode, the economic crises that will unfold will create a collapse of the magnitude of which has not been witnessed in history, with incalculable consequences.

Or perhaps this will be just the larger-than-life spark to start a new economy.

AN ANNIVERSARY TO REMEMBER

2024 will be fiat paper money’s 1,000-year anniversary. The date is found in Ralph T. Foster’s seminal book, Fiat Paper Money – The History and Evolution of Our Currency. If you haven’t read it, I suggest you do.