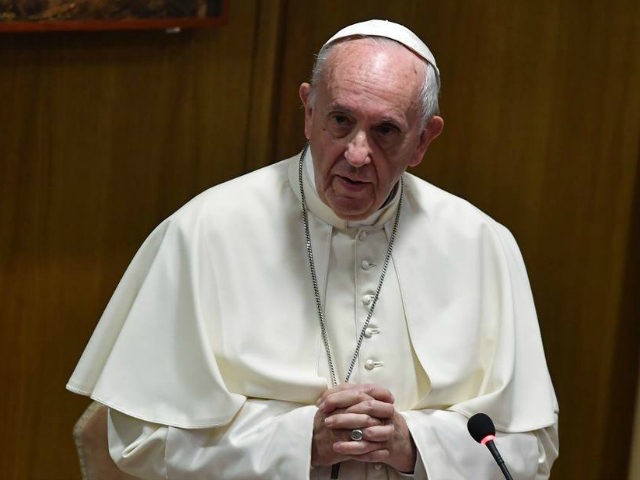 ROME — Pope Francis has proposed a basic “universal wage” as a remedy for the economic hardships day laborers face during the “unbearable” coronavirus lockdowns.

In a Spanish-language letter to popular movements and community organizations, the pope underscored the difficult situation of many without regular, steady employment who are feeling the economic pinch of the lockdowns.

“I know that you have been excluded from the benefits of globalization,” the pope wrote in his April 12 letter. “You don’t have access to those superficial pleasures that anesthetize so many consciences. Despite this, you always have to suffer their ill effects.”

“The evils that afflict everyone hit you twice. Many of you live day-to-day without any legal guarantees to protect you,” Francis said. “Street vendors, recyclers, carnival workers, small farmers, builders, seamstresses, caregivers of different types. As informal, independent or under-the-table workers you don’t have a stable wage to get you through this moment … and the lockdowns become unbearable.”

“Maybe the time has come to think about a universal wage that recognizes and dignifies the noble and irreplaceable tasks you perform, capable of guaranteeing and bringing to life this human and Christian slogan: no worker without rights,” he said.

“My hope is that governments understand that technocratic paradigms (whether state-centered or market-driven) are not enough to address this crisis or the other great problems affecting humankind,” the pope wrote. Now more than ever, persons, communities and peoples must be put at the center, united to heal, to care and to share.”

“How difficult it is to stay at home for those who live in a small precarious dwelling or who lack a roof. How difficult it is for migrants, detainees, or those in rehab from an addiction. There you are by their side, giving yourselves to make things less difficult, less painful.”

“I hope that this moment of danger takes us off autopilot, jars our sleepy consciences, and paves the way for a humanistic and ecological conversion that puts an end to the idolatry of money and places human life and dignity at the center,” he said.

“Our civilization — so competitive, so individualistic, with its feverish pace of production and consumption, its extravagant luxuries, its disproportionate profits for just a few — needs to slow down, take stock, and renew itself.”