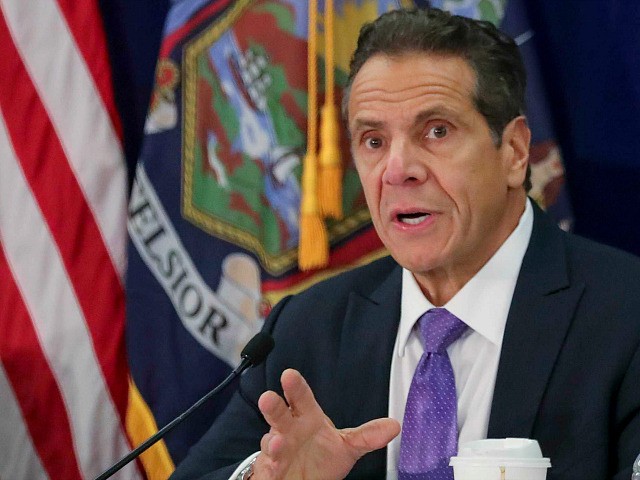 Cuomo implemented stay-at-home orders on March 20 that effectively force the closure of most businesses, except those deemed “essential,” to stop the spread of the coronavirus. Even with the lockdown, major crime categories such as murder, burglary, and auto theft have spiked across New York City.

Over the last 28 days, in the middle of the lockdown, murders in New York City have jumped more than 55 percent compared to this same time last year, when there were no lockdown orders in place.

Between April 13 to April 19, murders increased 100 percent compared to the same week last year. From year-to-date, murders are up by 5.7 percent.

Over the last week, grand larceny auto crimes across the city have jumped 50.5 percent and they are up more than 62 percent overall since the year before — the largest spike in crime year-to-date for any major category.

The lockdown has also not stopped the rise of burglary in New York City — another crime that in many cases allows the suspect to be released from jail without ever paying bail.

Though other crimes — such as rape, felony assault, and grand larceny — have brought down the total number of major crimes committed in New York City during the lockdown by 32.6 percent, overall crime is still up 4.6 percent year-to-date.