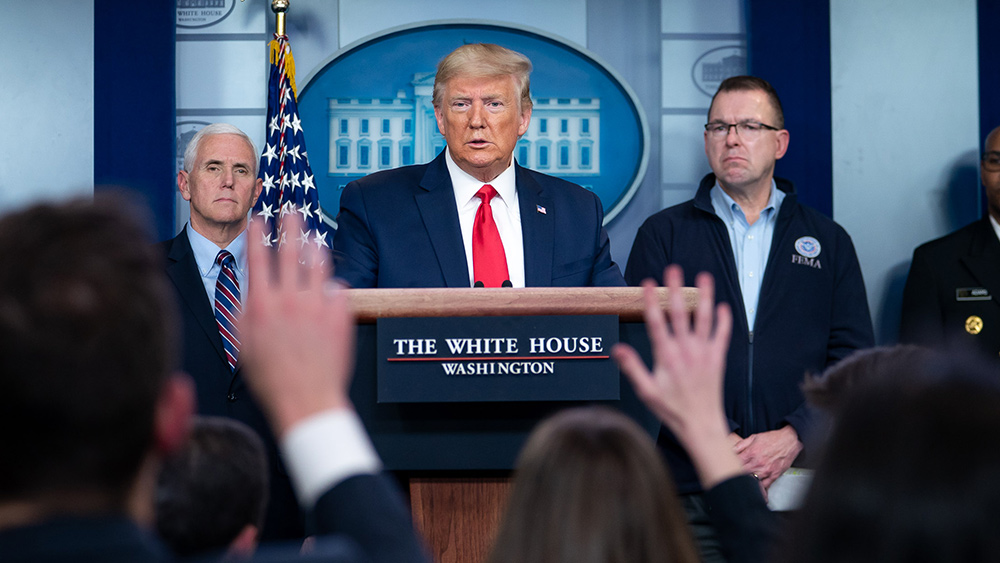 In the history of the United States, there has only been one time when more than one government ruled territory.

When southern states seceded in 1861, they formed what would become the Confederate States of America, and for the next four years, there were two governments on the continent — one in Washington, D.C., and one in Richmond, Va.

The Union’s successful prosecution of the war reunited the country, and while there have since been calls here and there for a new secessionist movement, none have been so blatant — and so treasonous — as the one called for by an MSNBC host.

As reported by Sara A. Carter, MSNBC anchor Stephanie Ruhle actually suggested — on-air so it’s on record — that the feeble-minded, gaffe-prone, mentally failing Joe Biden form his own “shadow government” to counter President Donald Trump and his daily briefings updating the country on the COVID-19 outbreak.

“Do they (the Biden campaign) need to do it in a bigger way? What did you just call it ‘the President’s daily clown show’? That’s his press briefing? Should Joe Biden be counter programming that? Should he be creating his own shadow government, shadow cabinet, shadow SWAT team? And gearing up there at a podium every night saying here’s the crisis we’re in, here’s what we need to do to address this,” she actually said during an interview with former Obama hack and White House deputy chief of staff Jim Messina.

Yes, because there was a president who observed the rule of law and took great pains to always comport with the Constitution — DACA, the IRS conservative targeting scandal, Obamacare, and the “Fast and Furious” gun-running operation notwithstanding.

Now, it should be said that none of these criticisms of Biden’s mental state stem from our desire to hurt him or his family. But facts are facts; the man simply cannot function in a normal mental capacity, and certainly not as president of the most powerful country on the planet.

We need a trustworthy media not a shadow government

Indeed, he is why the 25th Amendment was written and ratified. If anyone should be blamed for his candidacy, it is the dreadful, self-interested, power-mad power brokers in the Democratic Party hierarchy. (Related: Government tyranny is FAR more dangerous than covid-19… we must not slide into socialism or communism as we attempt to survive the coronavirus.)

But to suggest he form a “shadow government” complete with a SWAT team is lunacy, madness and, frankly, treasonous.

Meanwhile, as for the president’s briefings, is he using them as an opportunity daily to reach his supporters? Of course he is. But he’s also presenting valuable information to the American people regarding the pandemic and, on Thursday, when we can expect our governors and mayors to start loosening their economy-killing restrictions on our commerce.