Greece, NY — Over the past two weeks, non-violent inmates have been released from prisons across the country in an attempt to prevent massive outbreaks behind bars.

Some law enforcement officials have raised concerns over releasing people in jail for marijuana possession, but they’ve largely been ignored thanks to common sense. However, law enforcement sources in New York are now justified in their concerns as child rapists have been released.

The number of guards and inmates testing positive for COVID-19 continues to rise across the country.

As we reported earlier this month, it was only a matter of time before someone who is not exhibiting symptoms brings it in to one of the many prisons across the country.

As the multiple cruise ship outbreaks illustrate, once the virus enters a closed space, it explodes and not just on the cruise ship.

The LA Times reported on how this happened in China and and Italy and caused a massive reverberation throughout the two countries.

In China, a decline in new infections was quickly (although briefly) reversed because of rapid outbreaks in two prisons.

In Italy, an atmosphere of fear and anxiety among prison inmates over the virus, together with an emergency ban on visitors, sparked deadly riots, escapes and a complete breakdown of authority.

Having watched this horror unfold, Iranians decided to release tens of thousands of prisoners as a precautionary measure. The United States is now following suit.

Across the country, cities who have been paying attention and know the risk have been moving to set prisoners free. In LA county, inmates with 30 days or less on their sentences are being set free.

Sheriff Alex Villanueva stated that the department will also limit arrests to only dangerous suspects, decreasing the re-entry level. Also, anyone with a bail of $50,000 or less is being let out.

In New York, Brooklyn District Attorney Eric Gonzalez said low-level offenses that don’t jeopardize public safety will not be prosecuted at all during the coronavirus outbreak.

Authorities are also moving to release certain demographics from the prisons as well.

Officials just announced that they will be releasing level 3 child rapists, who have been convicted of violently raping children and are categorized as most likely to re-offend.

In Greece, New York, however, officials just announced that they will be releasing child rapists, raising concerns among many.

Multiple sex offenders have been released from the Monroe County Jail as part of a statewide order coming from The Department of Corrections and Community Services – or DOCCS.

The department said in their statement to WROC, 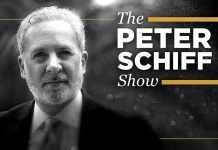