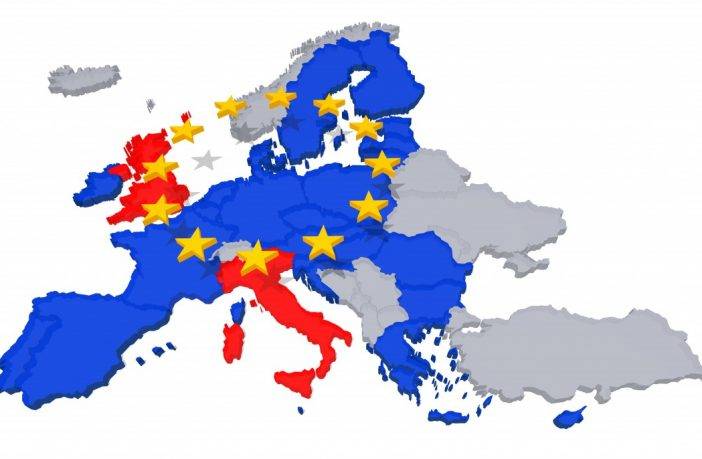 As heated negotiations over financial aid for countries affected by the coronavirus (COVID-19) pandemic have dragged on in Brussels, anti-EU sentiment is rising in many countries. This is particularly apparent in Italy, which has been the hardest-hit member of the bloc during the crisis.

Belgium, France, Greece, Ireland, Italy, Luxembourg, Portugal, Slovenia, and  Spain have been pushing for the issuing of so-called “corona bonds,” which would distribute the debt among all countries in the bloc. The “Frugal Four,” however — Austria, Finland, Germany, and the Netherlands — are rejecting the suggestion, and have called for the activation of the European Stability Mechanism, which would allow member states to take out loans in the form of bond purchases from the European Central Bank.

Nowhere has disappointment in the EU been stronger than in Italy, and new polls show that Italians are fed up with what they see as the bloc’s inadequate measures to respond to the crisis. 49% of Italians are now in favour of leaving the EU and the Eurozone altogether, according to a poll conducted earlier this month by the Tecne Institute that was reported by Express. This represents a 20% increase from 18 months ago, the last time such a poll was undertaken.

Another recent survey conducted by Termometro found that nearly 40% of Italians are in favor of leaving both the EU and the Eurozone, suggesting that the Tecne poll is accurate, as reported by Il Sussidiario.

These numbers suggest that if Italy were to hold a referendum on remaining in the EU today, pro-European Italians would lose.

Lega MEP Antonio Maria Rinaldi, who is also an economist, suggested last week that Germany was following a “diabolical plan” by pressuring the Netherlands into objecting to the coronabonds measure when in fact it is Germany itself that wants the notion defeated, as previously reported by Voice of Europe.