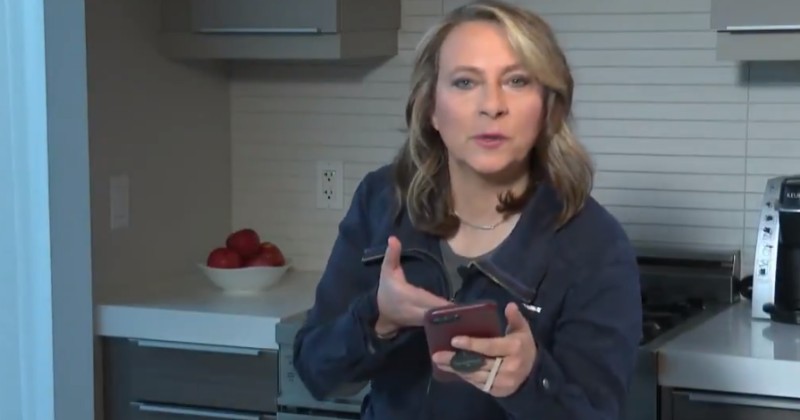 Despite the “conspiracy theory” in question literally being true.

A CBC News report gives kids advice on how to shut down “conspiracy theories” voiced by their parents about coronavirus being created by China in a lab.

The presenter laments how somebody’s Dad may drop a message into chat blaming China for “manufacturing the coronavirus” with a “link to a site you’ve never heard of” (translation – a link that’s not, God forbid, mainstream media).

The piece then features a woman from a group that combats “misinformation online” who urges the son or daughter not to get confrontational with their Dad but to accuse him of being accurate and stirring fear.

Is uncle Bob spreading COVID-19 misinformation in the family group chat? This doesn’t have to be awkward. pic.twitter.com/SxX5HVqY9a

At one point in the piece, the reporter even suggests that conspiracy theories can be “just as dangerous as a virus.”

“Maybe send an article from a legitimate source quoting credible scientists on why the virus wasn’t manufactured,” states the host.

The suggested article unsurprisingly comes from the CBC and is entitled ‘No, the new coronavirus wasn’t created in a lab, scientists say.’

In reality, as Fox News sources confirmed last night, the coronavirus was indeed leaked from a laboratory in Wuhan, so to say it was “manufactured” isn’t even much of a stretch. The virus was literally created in a lab.

The irony of all this of course is that virtually nobody trusts the mainstream media, so when they attack conspiracy theories it just makes more people believe them.

When social media giants then get involved to censor information about the same conspiracy theories, that also bolsters the notion that they’re accurate because powerful interests are trying to stifle them.

Take the news report below as an example.

A reporter who adopts a stereotypical fake ‘news reporter’ accent which normal people don’t use when they talk to each other tells the viewer that the conspiracy theory linking 5G to coronavirus is false.

A doctor wearing a white lab coat inside what appears to be his own home (to stress faux authority) is then presented to call the conspiracy “completely false.”