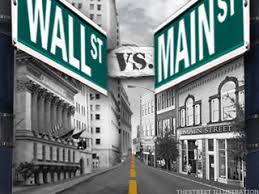 Talking Heads – Burning Down the House

“The risk of catastrophe will be very high. The nation could erupt into insurrection or civil violence, crack up geographically, or succumb to authoritarian rule. If there is a war, it is likely to be one of maximum risk and effort – in other words, a total war. Every Fourth Turning has registered an upward ratchet in the technology of destruction, and in mankind’s willingness to use it.” – Strauss & Howe – The Fourth Turning

The risk of catastrophe is high during the climax phase of a Fourth Turning. The John Hopkins Covid-19 Dashboard above appears to portray a global catastrophe. We are in the midst of a catastrophe, but it isn’t this Chinese bio-lab virus creating the catastrophe. The catastrophe is once again being created by the Federal Reserve, their Wall Street owners, corrupt politicians, and authoritarian bureaucrats. We are burning down our house with formerly working Americans still inside.

The graphic from John Hopkins is a perfect example of globalist produced propaganda that would make Edward Bernays so proud. There are 7.8 billion people on the planet and the Covid-19 graphic gives the impression 7.5 billion people have it. The entire U.S. is covered in blood red, as if the country is being overwhelmed in disease. Of course that narrative is entirely false.

The current death rate projection in the U.S. is in the range of 65,000. In 2018 it was reported by the CDC that 82,000 Americans died from the flu. Now that their scary models have proven to be worthless, the medical “experts” are now trying to boost the death figures with no proof people died from the China flu. Since the incompetent boobs at the CDC, who told you not to wear a face-mask in March, but now want everyone to wear a mask, still aren’t close to having a method for testing everyone, we know many more people have been infected by the virus with minimal or no impact.

The death rate from this nasty virus is only marginally higher than the yearly flu. But the fear mongering has served the purposes of bankers, politicians, and corporate CEOs. The real catastrophe has been set in motion by the actions of the ruling class. Wall Street, once again, has used this contrived crisis to pillage and screw over Main Street.

I’ve been documenting the progress of this Fourth Turning since its inception, with the Federal Reserve/Wall Street created global financial implosion in 2008. In late 2017, I wrote an article – The Unbearable Slowness of Fourth Turnings – where I was growing impatient with the seeming ability of the ruling establishment to fend off the inevitable consequences of their reckless traitorous actions taken since 2008. It was clear in late 2017 the ongoing conflict between Trump and the Deep State coup crew would eventually come to a head. I concluded the seeming slowness as we approach the denouement of this once eighty-year crisis was beneficial.

This is no time for apathy and complacency. For those who grasp generational theory and the cycles of history, the seemingly unbearable slowness of this Fourth Turning is actually a blessing. The slowness allows more time to prepare. If you haven’t prepared for the coming saecular winter, time is growing short. The skies are darkening. Our rendezvous with destiny awaits.

That was just over two years ago. I hope the few people who read that article prepared financially, tactically, and mentally with the time we were given, because we’ve now entered the dark days of trials and tribulations. There is no avoiding what is headed our way. The mini-toilet paper panic of March will turn into a full-fledged-riots in the street panic when the Fed’s desperate financial flailings destroy our diseased financial organism and the food shelves in your local Piggly Wiggly are bare. Injecting adrenaline into the veins of a patient on a respirator as their vital organs are shutting down is a treatment guaranteed to fail.

But Doctor Fed only knows one treatment, drown the world in debt, creating a tsunami of liquidity. So, the Wall Street shysters have gotten the lion’s share of the $8 trillion Powell/Mnuchin bailout and are celebrating by pushing markets back towards all-time highs, as 22 million average Americans have been tossed into the gutter and hundreds of thousands of small businesses have been purposely snuffed out by this corporate fascist coup.

The tide of negativity seems to have gone out to sea and the financial wizards of debt are probably smoking cigars and drinking brandy in their penthouse enclaves, but the tsunami of consequences is just growing ever larger and when it hits in the near future, the casualties will be immense. My hope is the willfully ignorant finally realize the true enemy and inflict the necessary punishment on the traitorous men who have sold this country out. My views on trust remain exactly as they were two years ago. I despise the ruling class, constituting the financial mafia family of the Wall Street cabal and their Fed puppets, powerful corporate interests, crooked captured politicians, military industrial complex warmongers, shadowy billionaires, and Deep State surveillance state operatives. Now is the time to determine who you really can trust as we enter a period of vital decisions and harrowing danger.

I trust my own instincts, reasoning ability, and critical thinking skills. I trust my immediate family members. I trust some of my neighbors. I trust more of the people I’ve met through my blog than I’ve met face to face. I trust normal people living normal lives across this once great country. I trust the people who distrust the people and things I distrust. As events spiral out of control, we will need to pick and choose our friends carefully.

I can now add anyone from the WHO or CDC to my list of people I will never trust. I trust gas station sushi and movie theater hot dogs more than these people. They have proven to be incompetent liars and whores servicing their political Johns. Both organizations have been funded to the tune of tens of billions and they didn’t see this pandemic coming, didn’t prepare for an entirely predictable event, covered up the nature and extent of the virus, lied to the public about the benefits of masks, produced defective tests, touted death models that have proven to be entirely worthless, and to cover-up their ineptitude and deceit, they are now cooking the books to make the deaths appear higher than facts indicate.

There are now dozens of anecdotal scientific studies, plus the actual results from the non-locked down Sweden, proving the mortality rate is far lower than propagandized by the establishment media and proving quarantining a country has been a disastrous solution.

Of course, it has only been a disastrous solution for you, me, and the tens of millions of other formerly working Americans trying to live our lives, raise families and navigate our way through this bastardized and financialized former republic. It’s true history may not repeat, but it most certainly rhymes. FDR’s famous line during his first inaugural address in 1933 – “the only thing we have to fear is fear itself” – has been substituted in 2020 with “we need to fear an invisible virus that is not materially more lethal than the annual flu”.