The Jeffrey Epstein investigation has continued to probe Prince Andrew after the latter was accused of involvement in the former’s sexual crimes by an alleged victim of sex trafficking. The Duke has denied the claims but has repeatedly refused to fully cooperate with investigators.

The UK’s Prince Andrew is refusing to aid US investigators in their investigation into child sex trafficking as part of the Jeffrey Epstein case, a prosecutor in New York said on Monday.

“Contrary to Prince Andrew’s very public offer to cooperate with our investigation into Epstein’s co-conspirators, an offer that was conveyed via press release, Prince Andrew has now completely shut the door on voluntary cooperation and our office is considering its options”, said Manhattan-based US attorney Geoffrey Berman while speaking to reporters.

Berman made a similar comment earlier this year, noting that the Duke of York had provided “zero” cooperation with the sex trafficking inquiry.

“Jeffrey Epstein couldn’t have done what he did without the assistance of others, and I can assure you that the investigation is moving forward,” Berman said in January.

Prince Andrew has been accused by Virginia Giuffre of having had sex with her when she was 17 years old, an allegation he has consistently denied.

“I continue to unequivocally regret my ill-judged association with Jeffrey Epstein”, Prince Andrew said in a statement in November 2019, following an interview with the BBC.

Part of his defence included claiming he did not have the ability to sweat, contrary to the story put forward by Giuffre that he was sweating “like rain” while dancing in a nightclub in London.

Giuffre, now 35, lashed out at Andrew in an interview following his denial of the allegations.

“He knows what happened”, she said, adding, “I know what happened, and there’s only one of us telling the truth, and I know that’s me”.

Amid the ongoing Epstein scandal, Giuffre repeated the same accusations that she had previously testified under oath in court, in a Panorama interview in December 2019.

Giuffre first made claims against the Duke in 2014, that she was forced by Epstein to have sex with Prince Andrew of England on 3 separate occasions.

Despite denying the accusations and Berman’s comments, Prince Andrew has repeatedly said he would be willing to cooperate with law enforcement as part of the investigation. 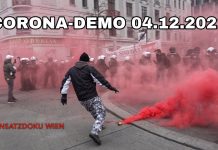