Has the government announced that they will start tracking people’s location via their smartphones in order to keep the coronavirus in check? It depends on which country you’re talking about. A new live index of security measures by Top10VPN details the countries which have already brought in measures to track the phones of coronavirus patients. Canada and the United States are not on this list.

For example, in Singapore on March 20th, an app  called TraceTogether was released by authorities in Singapore to help trace the spread of COVID-19. The app apparently is nearing one million users, and it was developed by the Government Technology Agency and the Ministry of Health. According to the Straits Times, the app can “identify people who have been in close proximity […] to coronavirus patients using wireless Bluetooth technology.”

Top10VPN lists 10 more countries that are starting to take similar measures, like India. Reuters reported that, “People suspected of having the coronavirus in India have received hand stamps and are being tracked using their mobile phones and personal data.”

Other countries on the list include Poland, The UK, Italy, Israel, Germany, Hong Kong, Austria, South Korea, Belgium, Iran, and Taiwan. The National Post is also reporting that Russian Prime Minister Mikhail Mishustin on Monday gave the authorities five days to develop a system to track people who have come into contact with anyone with coronavirus by using mobile phone geolocation data.

As the novel coronavirus continues to spread around the world, more governments are relying on mobile carrier data to track everything from patients who should be isolated to how well people are following limited-movement edicts. (The Verge)

The Rise Of Surveillance

Obviously, in such a crisis, it’s possible to conceive how such surveillance measures might be extremely beneficial when it comes to trying to slow the spread of COVID 19.  That being said, we’ve seen backlash from the general population on a number of surveillance issues. For example, after 9/11 the United States government really ramped up surveillance and security protocols, and when people discovered that the ‘war on terror’ was being used as a false pretext for increased surveillance, many were upset and tried to awaken others. Today, it’s not uncommon to see accusations put upon the US government for creating the same terrorist groups that they claim to be at war with. The false pretext here is bringing democracy to other countries and is is often referred to as “false flag terrorism.”

The leaks of NSA whistleblower Edward Snowden has also revealed a lot of information regarding the measures various governments have taken to keep an ‘eye’ on their citizens, as well as citizens of other countries. Wikileaks’ Julian Assange is another hero in that regard.

Their leaks revealed that the entire citizenry is actually tracked, and although these mass surveillance systems are constantly pushed as justifiable by the national security state, they are a big infringement on our privacy rights. If the ‘war on terror’ is in a sense a fabrication by the same group of powers that use it to justify mass surveillance, what’s really going on here?

Is mass surveillance really a tool to protect the citizenry? Nowadays, it’s hard for many people to see how governments, or at least the powers that control them, are actually acting in the interests of citizens. Whistleblower William Binney, who was one of the highest-placed intelligence officials to ever speak out on insider NSA information, made headlines when he resigned in 2001 after 9/11 after having worked more than thirty years for the agency. He has disclosed that the US government is so into tracking and monitoring people that their goal is nothing short of “total population control.”

A Pandemic As Justification For Surveillance

But what about pandemics, like COVID 19? Can a pandemic be a ‘false flag’ and be weaponized for ulterior motives? Again, this is a thought that most would simply brush off as a mere conspiracy theory, but it’s not out of the question, at least in my opinion. These days, it’s almost as if you can’t even share an opinion on something without getting a ‘fake news’ strike. The war on information is indeed real. For example, according to Dr. Ron Paul received a ‘fake news’ strike for sharing this opinion in an article:

“People should ask themselves whether this coronavirus “pandemic” could be a big hoax, with the actual danger of the disease massively exaggerated by those who seek to profit – financially or politically – from the ensuing panic.” (source)

Dr. Francis Boyle, a law professor who drafted the Biological Weapons Anti-Terrorism Act, recently shared his thoughts about the Coronavirus, stating that it could be a bioweapon that was either released or leaked out of a lab. You can read more about that here.  Unfortunately the video in that article seems to have been removed off of YouTube, I can’t find it, so you can watch another interview with him here if interested.

This is not to say that the virus is not a threat, but John P.A. Ioannidis, a professor of medicine and professor of epidemiology and population health, as well as professor by courtesy of biomedical data science at Stanford University School of Medicine, makes some interesting points in an article he recently published titled “A fiasco in the making? As the coronavirus pandemic takes hold, we are making decisions without reliable data.”

In it, he points to the fact that current fatality rate predictions are useless, ridiculous, and are simply scaring people, when it looks like this is not going to be as bad as all the hysteria makes it seem. In fact, he makes the point that coronaviruses already affect tens of millions per year, and could  have fatality rates as high as 8 percent among the elderly population. A recent study published in Italy shows that 99 percent of people who have died so far from COVID 19 had pre-existing medical conditions that made them more susceptible to death. This may have changed as we are still in the early stages. You can read more about that and access that study here. 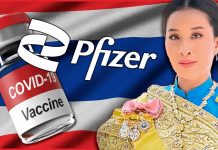