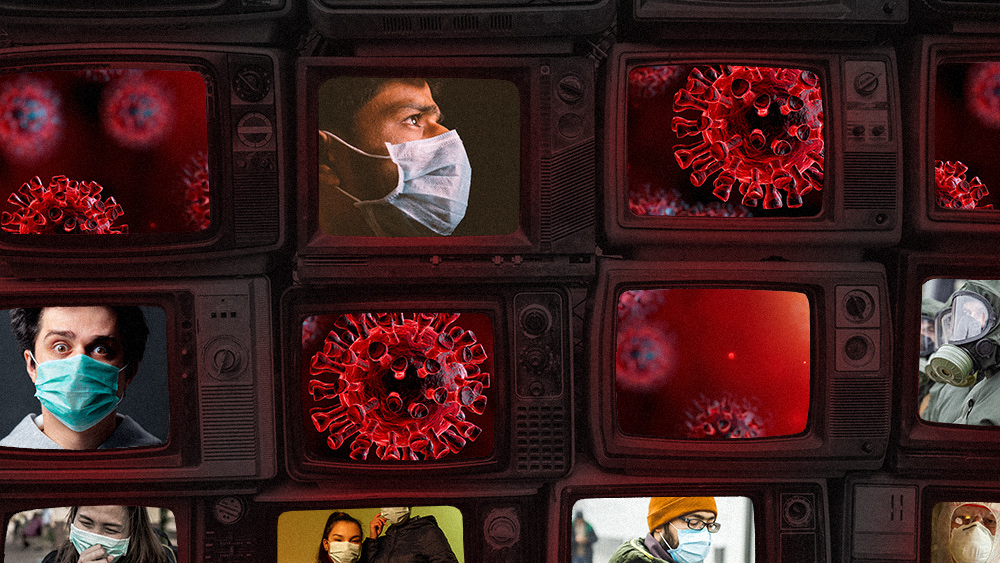 Two days ago, Alex Jones called me, “The Oracle” on his show and the name sort of stuck. It turns out that when you run good mathematical projection models, you really can sort of “see the future” to the astonishment of many. In truth, I’m just running the numbers and reporting what the math tells me. There’s really no voodoo involved.

That math, by the way, leads me to some rather sobering predictions and warnings that I will share with you here. I probably should have shared these two weeks ago, but nobody would have believed me then.

I confess I’ve been holding back on reporting what I know will happen. We have a joke around here that I’ll share. We talk about the “Alex Jones model,” which is sort of the best case scenario as Alex is hoping this won’t be a disaster. Then there’s the “Mike Adams model” which is far more pessimistic, followed by the “Steve Quayle model” which is apocalyptic, and finally there’s the “Hal Turner” model which is basically the end of civilization. We call this the “spectrum of collapse,” and we always wonder where exactly we are on that spectrum.

In talking about that spectrum, we used to tell ourselves, “It’s never as bad as the Hal Turner model,” and we could feel confident knowing that Hal Turner consistently defined the outer boundary of bad possibilities. Yet in the last week, I’ve actually been caught saying, privately, “Hal Turner might be an optimist.” (I’m sure Hal will share a chuckle on that one…) In other words, things could get far worse than anything Hal has predicted.

Even more hilariously, all of us have been called “doomsday kooks” by the very same people who are now waiting in long lines among crazed mobs of (infected?) grocery shoppers at their local stores, wondering to themselves why they never thought to buy food or emergency supplies.

It’s funny how the whole industry of skeptics who mocked preppers are suddenly finding themselves empty-handed. In fact, I’ve just released a new mini-documentary video about this very point. It’s called, “For those who mocked preppers, your day of reckoning has arrived.”

It’s basically a worldwide “oh shit” moment for all the clueless, oblivious masses who watch the regular news and are therefore mostly brainwashed and uninformed (and thereby set up to die).

Now, on to the predictions, which recent history tells me are probably overly optimistic. So keep that in mind.

It’s also worth noting that the US was at least four weeks too late in blocking flights and embracing the reality of the pandemic. So, no matter what Trump does, America is already on track to plunge into an apocalypse-type scenario in certain regions such as NYC and Seattle. There’s no stopping it.

1. The hospitals in NYC will shortly be completely overrun. Mass death will follow. The entire city of New York is probably less than 30 days away from a cascading collapse of hospitals followed by widespread chaos and mass death. Not long after the NYC hospital system collapses, the Seattle system will also collapse, followed by San Francisco. The dead and dying will literally spill out onto the streets.

2. The intensity of the desperation among the unprepared masses will soon shift from the “scared” stage to the “violence” stage. The fist fights and stabbings we already see in the retail stores will soon escalate to shootings and then gang-style armed, organized looting much like an armed flash mob.

3. We will soon seen entire cities locked down in the USA, or possibly just all major roads nationwide. One way or another, tens of millions of Americans are about to be ordered to essentially “shelter in place.” This will result in lawless chaos in cities like Los Angeles, of course, and infected police will be sent home, resulting in horrifying law enforcement staffing shortages that will ultimately plunge some cities into the kind of chaos that can only be managed with National Guard troops and mandatory curfews.