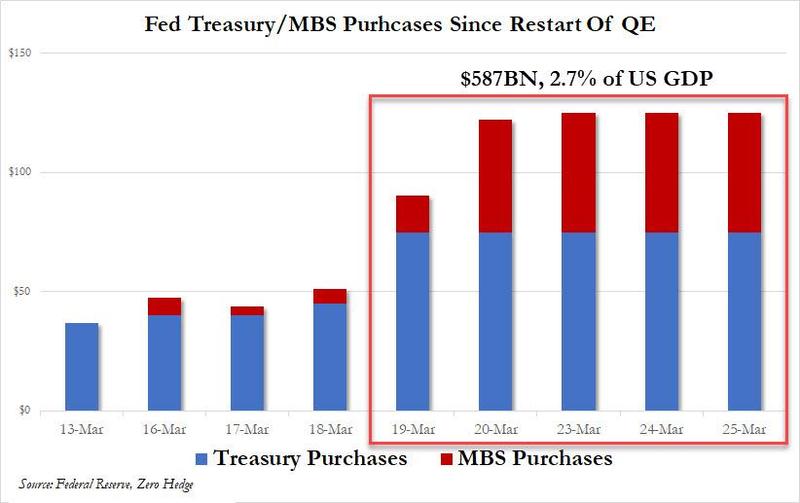 This means that as of Wednesday close, when accounting for last week’s repo operations, the Fed’s balance sheet has increased by roughly $650BN, bringing it to just over $5.3 trillion, an increase of $1.2 trillion in the past two week, or roughly 5.6% of US GDP.

Which is hardly an accident: one look at the Treasury securities held in custody at the Fed shows that the past two weeks have seen a whopping $50BN in foreign central bank sales, a 1.7% drop which was the highest in six years since Russia pulled over $100BN in TSYs from the Fed in response to US sanctions imposed over the Ukraine conflict in 2014 which was precipitated by the US state department.

As Bloomberg observes, the selling may have contributed to record volatility in the Treasury market and prompted the Fed’s intervention. More importantly, it also means that the biggest buyer of US Treasurys in the past decade, foreign official institutions (i.e., central banks and reserve managers) are now sellers, so now the U.S. government needs private investors to soak up the ever increasing debt issuance.

And since those are busy avoiding a deadly virus, it means that only the Fed now can fund the exploding US budget deficit… which is precisely what it is doing.