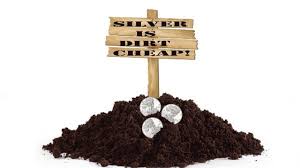 How good are the manipulators at casting a bearish spell using paper instead of a magic wand?

Golds value remains inside yesterday’s trading range with the price at $1,470.80 down $15.70 after dipping to $1,465.60 with the ICE rally high at $1,519.30. Silver is still leading the declines with the trade at $12.150, down 66.10 cents and at its low of $12.11 with the ICE high to beat at $13.230. The new quarter’s US Dollar trade (June) now has a value of 99.205, up 105.3 points after reaching up to 99.395 with the low at 98.105. Of course all this happened already, before 5am pst, the Comex open, the London close, after the G7 threatened the world that it will survive even without human participation, after Nasdaq, Dow, S&P Futures surged limit-up but not locked, after fast food restaurants close their dining areas and playgrounds (rats!), and after the slow minded are told not to call 911 because they can’t find toilet paper. You will survive, Cowboy Up and just use a corn cobb.

March Silver’s Delivery Demands now sit at 375 fully paid for contracts waiting for receipts, showing a drop in count of 285 contracts that either got receipts, entry/exited a spread, or were sent to London so they can be dumped here again (or?), after yesterday’s trading range swung between $14.885 and $11.885 with the closing price at $12.772 and after the Volume reached 103 before the close. So far this morning Mr. Resolute has yet to appear, in fact there are no trades posted at all. Maybe he too is waiting for the Tripling Witches attempt to force the prices lower to prove how good they are at casting a bearish spell using paper instead of a wand. The IMF is at the ready, and if they are to continue on, we could see Silver for free by the end of the week. Silver’s Overall Open Interest continues to collapse as the prices keep dropping with the old school view; if Prices and Open Interest drop together, the Longs are exiting. I’ll continue to leave room for that belief (barely), at the same time, imo this market is run by Algo’s not traders. The Algo’s number one job is to remove the old ideas (emotions) with their micro-second trading rhetoric to prove how wrong a trader’s emotional responses are. The Open Interest now sits at 168,978 Overnighters proving another 3,681 contracts (or spreads) exited the trade.

News of a pandemic has Americans turning to an age-old security blanket: ammunition. Here is one company that is on the cutting edge of digitizing ammo so it can be bought like a commodity. . Read More

The idea of Algo’s trading instead of people has been discussed many times already, but not in depth as to how they can control the direction behind a mask. Once again, I do not know if this is a certainty because I do not have the Algo data like certain individuals inside an element have, or our regulators, it is only a running thesis. If a certain element was in a spread trade, say to the tune of 100,000 positions, it would be easy to manipulate the price against the emotions of human trading. Let’s look at Silver for instance, and in between the Life of Contract High in Paper at 246,078 that occurred on March’s Option Expiration Day (Feb 25th) to now at 168,978. If one was to key the Algo (and its friends) to drop the prices hard, all the algo would have to do is sell all their longs in the spread and all at once, causing a hard drop in price overtaking any buying and changing the dynamics from positive to negative. Then the same algo system would be instructed to buy back their sold positions slowly, in order to re-enter the spread throughout the day, as those that were on the wrong side are forced out with a loss.

At the same time the algo is buying back into their long positions (re-entering) of the spread trade, the Short side (of the spread) would be buying back and lightening up the spread count which in turn winds up masking the drop in Open Interest. Like we are seeing in Silver’s Paper Count which lost 77,100 pieces of controlling paper these past 15 trading days. The algos all signal one another, which has removed the text messages and barroom discussions many were caught doing before the algos setup their signals.