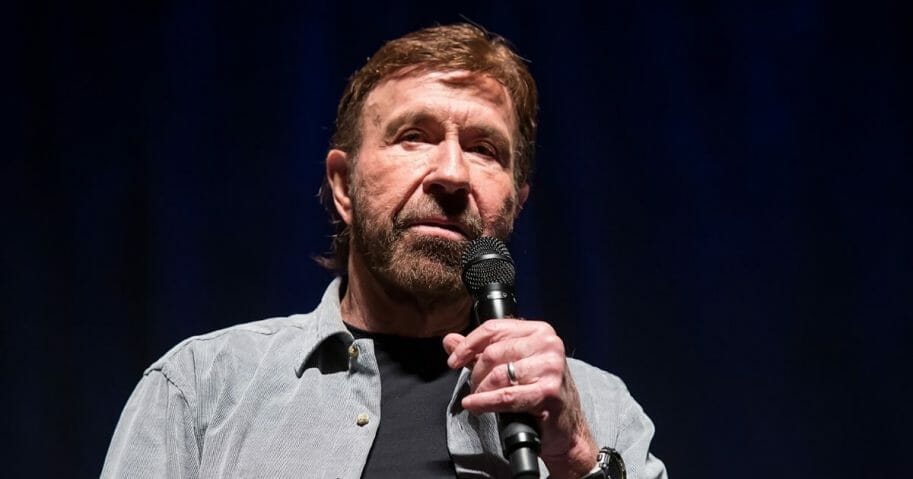 The nation is gripped with coronavirus panic, but there is also fear about what is going to happen to our freedoms and our economy once the crisis is over.

This pandemic has taken its toll on the United States and that is not lost on conservative actor Chuck Norris, who published an Op-Ed for WND on Monday wondering how long it would be until we were under martial law.

The actor said he believes in “being prudent and also being peaceful” but, he added, he had “tough questions” to ask.

Norris said he was concerned by the growing lockdown orders and curfews being enforced by law enforcement limiting citizens’ movements.

“If the need for citizen confinement grows, and the restrictions increase, where does it end? And what excessive burden are we then placing upon law enforcement to corral even half of Americans (150 million)?” he asked.

TRENDING: Kathy Griffin Tried To Cut in Line for COVID Test, Turns Out She Had Diarrhea After Mexico Trip

“And if even the smallest transgression of confinement restrictions ends up being a misdemeanor, how will officials handle tens of millions of them?”

Norris pointed out that if police are expected to enforce the curfews, they too could become stricken with coronavirus.

And if that were to happen, not only would the hospitals be overrun with police officers, but there would also be fewer people to enforce the lockdown.

But what is more frightening, as Norris stated, is that if the lockdown lasts for five weeks or longer, citizens could fight back.