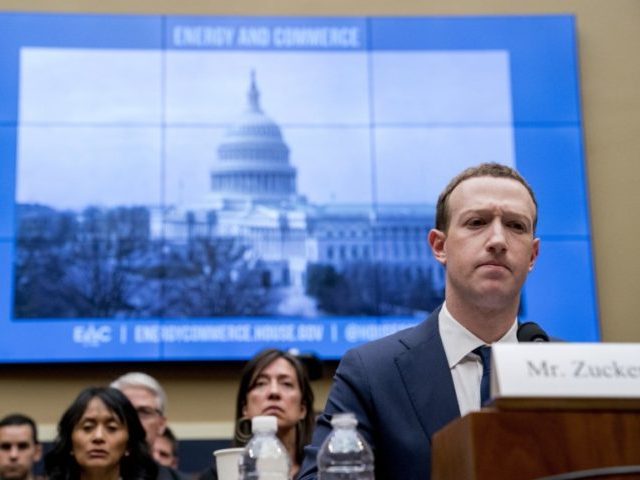 Earlier this week, a Facebook “bug” censored thousands of links to genuine news stories about the Wuhan coronavirus, incorrectly labeling them as “spam.”

At the very moment when Facebook’s millions of users want to access news about the virus, one supposed mistake from the world’s largest social network prevented them from doing so.

Users were told that links to well-established websites went against Facebook’s “community standards” and could not be posted, preventing them from sharing important information with their friends and contacts.

This shows the perils of allowing just one company to dominate the news system of America and large parts of the world. A single mistake can cut off vital information for over a billion users.

And that’s when Facebook is censoring news by accident. There have already been cases where Mark Zuckerberg, America’s de facto editor-in-chief, has decided that newsworthy stories aren’t newsworthy after all.

In days long past, a news story would have to convince several people to reach print. Firstly, a reporter would have to be convinced to write it. The reporter would then have to convince his editor to run it. If successful, the story would appear online and in print. These days, however, there’s another person who must be convinced — Mark Zuckerberg.

The Facebook CEO reminded us of his burgeoning role as America’s de facto editor-in-chief during the controversy over alleged “whistleblower” Eric Ciaramella. Numerous conservative media outlets, including Breitbart News, were prevented from posting stories naming Ciaramella as the alleged whistleblower on Facebook.

The stories are still available on the websites of those news sites, of course. But in a world where 52 percent of Americans get their news directly from Facebook, that’s becoming less and less acceptable. Mark Zuckerberg is now an information gatekeeper to half the country, picking and choosing what news they read.

Facebook has proven itself to not just be biased, but also unreliable. It’s time for Americans to start re-learning the art of discovering news in parts of the Internet that aren’t controlled by Mark Zuckerberg.