Grenell is merely the latest example in a series of appointments over the past few years that have seen individuals with deep ties to the pro-Israel lobby rise to top positions in the U.S. intelligence community, including the NSA’s current director of Cybersecurity Anne Neuberger as well as the leaders of the President’s Intelligence Advisory Board (PIAB).

With many of these posts directly involved in overseeing the security of the upcoming 2020 election, ostensibly to combat “foreign interference,” these connections are even more significant. Some of the Israel lobby groups in question have not only engaged in illegal espionage against the U.S. government, but are also openly meddling in the current Democratic party primary.

Beyond the potential effects on the upcoming election, these troubling ties between top U.S. intelligence officials and a foreign government do not bode well for American national security and will only advance the long-standing practice of American neoconservatives conflating Israeli national security interests with those of the United States.

Grenell’s many conflicts of interest

Richard Grenell’s appointment last Wednesday to the post of Director of National Intelligence (DNI) raised a number of eyebrows on the Beltway and drew sharp condemnation from former and current intelligence officials alike. Most of the concern was due to the fact that Grenell, who has been serving as the U.S. ambassador to Germany, has virtually no intelligence experience or background. Yet, he will now oversee and coordinate all 17 U.S. intelligence agencies, including the CIA and NSA, and will be responsible for briefing President Trump on intelligence matters of both domestic and international concern.

Grenell’s new position is not required to be confirmed by the Senate unless Trump decides to nominate him as a permanent candidate at the end of the temporary three-month period during which he can serve as acting DNI. There has not been a permanent DNI since Dan Coats resigned last August.

Grenell’s appointment was also criticized due to his brazen political approach towards his diplomatic post as U.S. ambassador to Germany, which he will maintain while coordinating and overseeing U.S. intelligence activities. In his two years as ambassador, Grenell has alienated numerous German politicians to the extent that prominent officials have refused to meet with him. Some German officials began calling for his resignation during his first month as ambassador.

One very valid criticism of Grenell’s appointment, however, has been glossed over, namely his ties to controversial lobbyists, political operatives and foreign politicians. For instance, Grenell used to work on behalf of Arthur Finkelstein and Associates, a firm of the late Republican political operative of the same name.

Finkelstein was one of the main architects of Israeli Prime Minister Benjamin Netanyahu’s first campaign in 1996. Finkelstein was placed in contact with the Netanyahu campaign by prominent Jewish American businessman and billionaire, Ronald Lauder — a close associate of Trump, then-top backer of Netanyahu (they have since had a falling out) and a member of the controversial “Mega Group.”

Finkelstein worked on numerous successive campaigns for far-right politicians in Israel, including former Defense Minister Avigdor Lieberman. He has been described as being “deeply committed” to and a “staunch supporter” of Israel and the hawkish Likud Party. He also spent numerous years on Likud’s payroll.

Grenell’s financial disclosures reveal that his consulting firm, Capitol Media Partners, received more than $5,000 from Finkelstein but does not specify the exact amount. ProPublica recently reported that Grenell, who has ties to Fox News and Newsmax, worked for Finkelstein as a “media consultant” in Eastern Europe, where Ronald Lauder has long held significant media interests. In that capacity, Grenell was paid to work on Finkelstein’s behalf for the now-disgraced Moldovan politician, Vladimir Plahotniuc, work that Grenell did not disclose, but should have according to experts.

Concerns over Grenell’s susceptibility to foreign influence are particularly troubling given his especially close relationship with Israel, despite nominally having served as U.S. ambassador to Germany, a position which ostensibly would require close ties to Germany (which Grenell lacks) as opposed to Israel. Soon after Grenell became ambassador to Germany, he requested Israeli Prime Minister Benjamin Netanyahu to meet him at the Berlin airport. After that meeting, Netanyahu told reporters that Grenell is a “big fan of Israel.” Grenell himself has stated that he views his support for Israeli “peace” (i.e. security) policy as a “biblical mandate” and has visited the country “more times than he can count.” 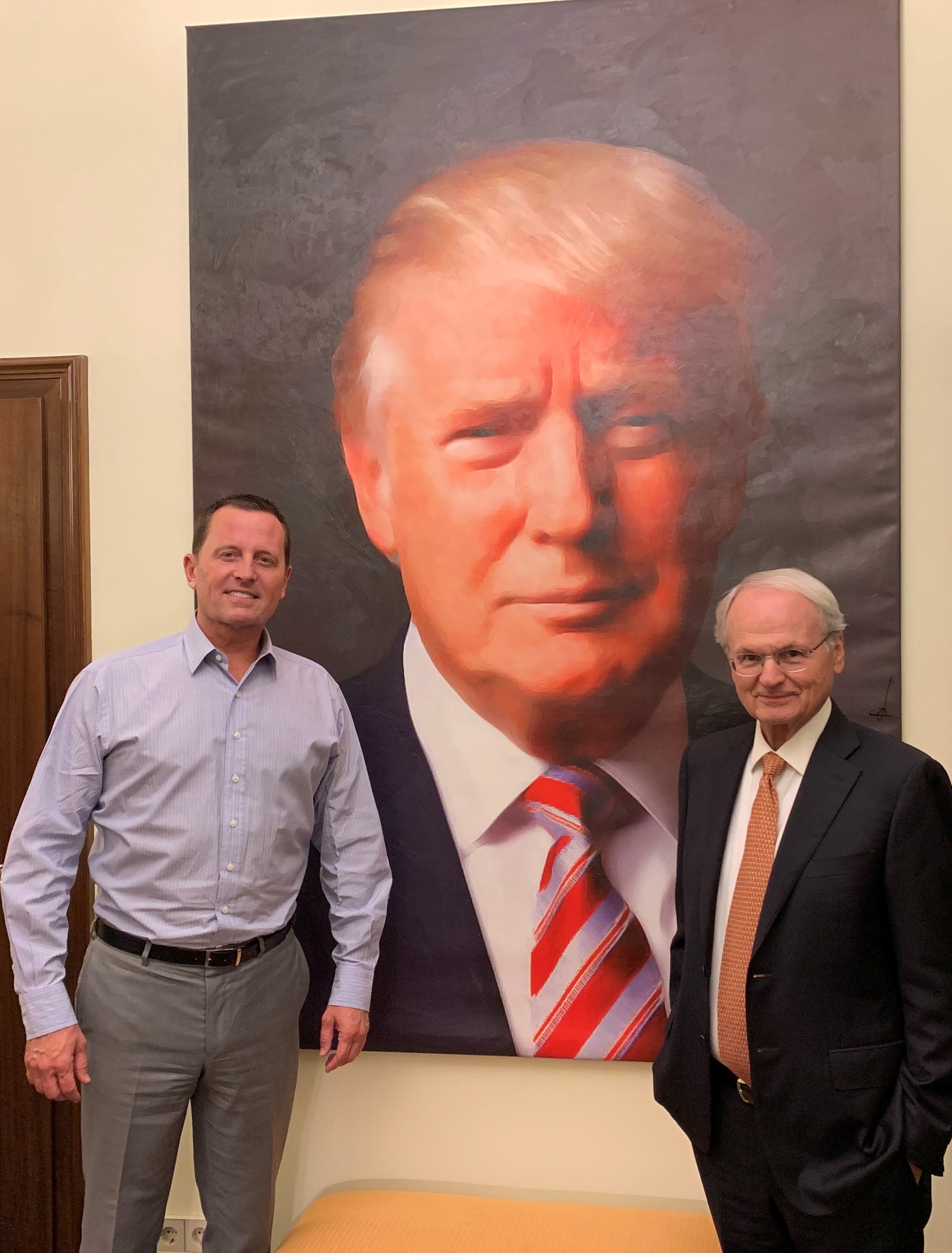 I am proud to say that during my long personal friendship with Ambassador Grenell, it became powerfully clear to me that Grenell is a very talented and knowledgeable man whose commitment to America and its security is second to none. He is also a man who understands the importance of our country’s great alliance with Israel in promoting U.S. security interests. There has never been a better friend of a strong U.S-Israel relationship than Ambassador Grenell. (emphasis added)”

Klein previously announced his displeasure that Grenell had not been appointed to serve as U.S. ambassador to NATO after he had been given private “assurances” by the Trump administration that Grenell would be nominated to that post.

Grenell’s ties to political operatives like Finkelstein, his close friendships to Israel lobbyists Morton Klein and Israeli PM Netanyahu as well as his failure to disclose paid work done on behalf of foreign politicians make him susceptible to foreign influence or blackmail according to the official policy of the office of the DNI, which Grenell now leads.

That policy holds that “conditions that could raise a security concern and may be disqualifying” include “connections to a foreign person, group, government or country that create a potential conflict of interest between the individual’s obligation to protect classified or sensitive information or technology and the individual’s desire to help a foreign person, group or country by providing that information or technology.”