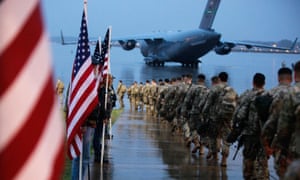 Back on December 27, 2019, the Trump Administration claimed it had ‘intelligence’ that the attack on its “K1” joint base in Iraq which killed a US contractor – was carried out by supposed “Iranian militias” (in reality, these would have been Iraqi PMUs) on the orders of Iranian general Qasem Soleimani. At the time Iraqi authorities said it was likely an ISIS cell, but the US ignored them, instead claiming to have irrefutable intelligence that Iran was responsible, and proceeded to launch a US attack two days later hitting multiple Iraqi PMU facilities – triggering a chain of events that drew the region dangerously close to a full-scale war between the US and Iran. Once again, history repeats itself.