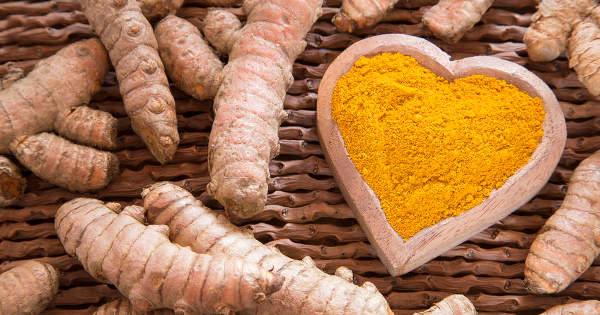 A study finds that Curcuma longa, more popularly known as turmeric, can alleviate certain symptoms of Type 2 diabetes, namely arterial stiffness and endothelial dysfunction, that can contribute to cardiovascular disease. The findings strengthen scientific evidence that turmeric, used in traditional medicine for thousands of years, has an important place in wellness and healing today

Curcuma longa (C. longa), commonly known as turmeric, is a plant native to South Asia.[i] A source of a bright yellow spice and a member of the ginger family,[ii] it is used as a dye, as an ingredient in Asian dishes such as curry and as herbal therapy. Dubbed “the Golden Spice,”[iii] it has been used to alleviate the symptoms of digestive disorders[iv] and to treat a variety of ailments, including cancer and diabetes.

Turmeric has been the subject of numerous studies. But as pointed out in a July 2019 study published in the journal Phytotherapy Research,[v] C. longa is made up of more than 100 components,[vi] with the scientific literature overwhelmingly focusing on its superstar compound: curcumin.

Type 2 diabetes mellitus, once commonly known as adult-onset diabetes (but now affecting children as well), is a chronic disease characterized by high levels of sugar in the blood.[vii] Glucose, a simple sugar broken down from carbohydrates, enters the bloodstream during digestion and needs to be taken up by cells to be used as energy.

Insulin, produced by the pancreas, signals the cells to do this. Type 2 diabetes occurs because the body’s cells resist the effects of insulin, causing a buildup of glucose in the blood. Type 2 diabetes causes many complications, including arterial stiffness and endothelial dysfunction, which both contribute to cardiovascular diseases.

As its name suggests, arterial stiffness[viii] causes stiffening of the arteries or blood vessels that carry oxygen and other nutrients from the heart to the other organs of the body, while endothelial dysfunction means there’s failure in the functioning of the endothelial layer or inner lining of the small arteries.[ix] This can later lead to atherosclerosis or the buildup of plaque in the arteries.[x]

In the Phytotherapy Research study, the team conducted a randomized controlled trial in 136 patients with Type 2 diabetes, out of which 114 completed at least one follow-up visit and were included for analysis.

After three months of treatment with C. longa in capsule form, the team found that “C. longa produced significant reduction from baseline”[xi] markers in endothelial dysfunction and a significant decrease in arterial stiffness among the patients. The team concluded that C. longa was generally well tolerated at no cost of serious adverse events.

The study is a worthy addition to the thousands of scientific publications hailing the health applications of turmeric. As pointed out by researchers Sahdeo Prasad and Bharat B. Aggarwal, turmeric’s very long history of medicinal use dates back nearly 4,000 years,[xii] but it has been recognized as a serious topic of study only in the past 20 or so years by the wider medical community.

India is the main source of the world’s turmeric crop, and the diabetes study discussed above was conducted in the South Indian state of Tamil Nadu, the largest producer of turmeric.[xiii]

Prasad and Aggarwal herald turmeric as a potent anti-inflammatory, antimicrobial and anti-cancer substance, to name a few of its favorable properties. As the primary polyphenol in turmeric root, curcumin is hailed as one of the top cancer-killing substances to eat.

Used in cooking and in home remedies, it has significant antioxidant abilities at varying actions. In addition, the benefits of turmeric “are traditionally achieved through dietary consumption, even at low levels, over long periods of time,”[xiv] however for therapeutic effects, a curcumin supplement may be necessary.

For further information, check out the GreenMedInfo.com Turmeric Research Database to learn more about this wonder spice and its benefits. We also have information about Type 2 diabetes and how to better navigate this debilitating disease.