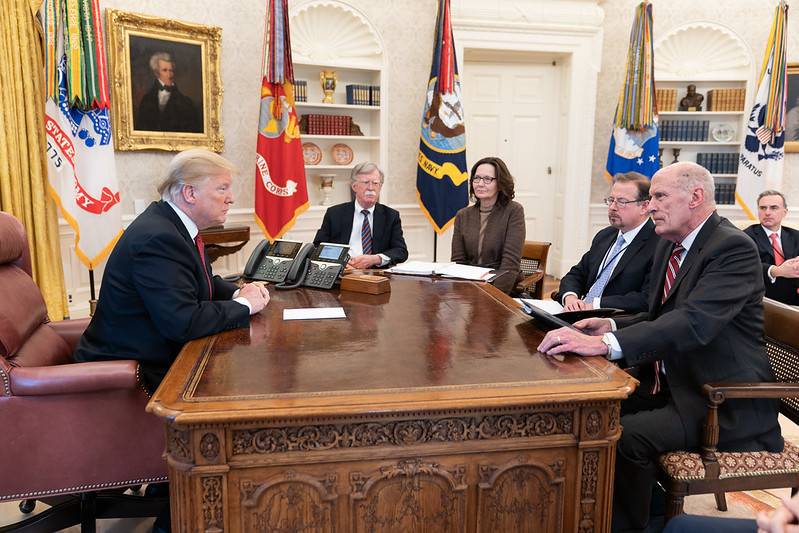 “It never happened. Nothing ever happened. Even while it was happening it wasn’t happening. It didn’t matter. It was of no interest. The crimes of the United States have been systematic, constant, vicious, remorseless, but very few people have actually talked about them. You have to hand it to America. It has exercised a quite clinical manipulation of power worldwide while masquerading as a force for universal good. It’s a brilliant, even witty, highly successful act of hypnosis.”                            – Harold Pinter’s Nobel Prize Acceptance Speech, 2005

While truth-tellers Julian Assange and Chelsea Manning sit inside jail cells and Edward Snowden lives in exile in Russia, the American people hole up in an illusionary dwelling constructed to reduce them to children afraid of the truth.  Or is it the dark?  This is not new; it has been so for a very long time, but it has become a more sophisticated haunted doll’s house, an electronic one with many bells and whistles and images that move faster than the eye can see. We now inhabit a digital technological nightmare controlled by government and corporate forces intent on dominating every aspect of people’s lives. This is true despite the valiant efforts of dissidents to use the technology for human liberation. The old wooden doll houses, where you needed small fingers to rearrange the furniture, now only need thumbs that can click you into your cell’s fantasy world.  So many dwell there in the fabricated reality otherwise known as propaganda.  The result is mass hallucination.

In a 1969 interview, Jim Garrison, the District Attorney of New Orleans and the only person to ever bring to trial a case involving the assassination of President John F. Kennedy, said that as a result of the CIA’s murderous coup d’état on behalf of the military-industrial-financial-media-intelligence complex that rules the country to this day, the American people have been subjected to a fabricated reality that has rendered them a nation of passive Eichmanns, who sit in their living rooms, popping pills and watching television as their country’s military machine mows down people by the millions and the announcers tell them all the things they should be afraid of, such as bacteria on cutting boards and Russian spies infiltrating their hair salons.  Garrison said:

The creation of such inanities as acceptable reality and unacceptable reality is necessary for the self-preservation of the super-state against its greatest danger: understanding on the part of the people as to what is really happening.  All factors which contribute to its burgeoning power are exaggerated.  All factors which might reveal its corrosive effect on the nation are concealed.  The result is to place the populace in the position of persons living in a house whose windows no longer reveal the outside but on which murals have been painted.  Some of the murals are frightening and have the effect of reminding the occupants of the outside menaces against which the paternal war machine is protecting them.  Other murals are pleasant to remind them how nice things are inside the house.

But to live like this is to live in a doll’s house.  If life has one lesson to teach us, it is that to live in illusion is ultimately disastrous.

In the doll’s house into which America gradually has been converted, a great many of our basic assumptions are totally illusory.

Fifty years have disappeared behind us since the eloquent and courageous Garrison (read On the Trail of the Assassins) metaphorically voiced the truth, despite the CIA’s persistent efforts to paint him as an unhinged lunatic through its media mouthpieces.  These days they would probably just lock him up or send him fleeing across borders, as with Assange, Manning, and Snowden.

It is stunning to take a cue from his comment regarding the JFK assassination, when he suggested that one reverse the lone assassin scenario and place it in the U.S.S.R.  No American could possibly believe a tale that a former Russian soldier, trained in English and having served at a top Soviet secret military base, who had defected to the U.S. and then returned home with the help of the K.G.B., could kill the Russian Premier with a defective and shoddy rifle and then be shot to death in police headquarters in Moscow by a K.G.B. connected hit man so there would be no trial and the K.G.B. would go scot free.  That would be a howler!  So too, of course, are the Warren Commission’s fictions about Oswald.

If we then update this mental exercise and imagine that Snowden, Assange, and Manning were all Russian, and that they released information about Russian war crimes, political corruption,  and a system of total electronic surveillance of the Russian population, and were then jailed or sent fleeing into exile as a result, who in the U.S., liberal, libertarian or conservative, would possibly believe the Russian government’s accusations that these three were criminals.