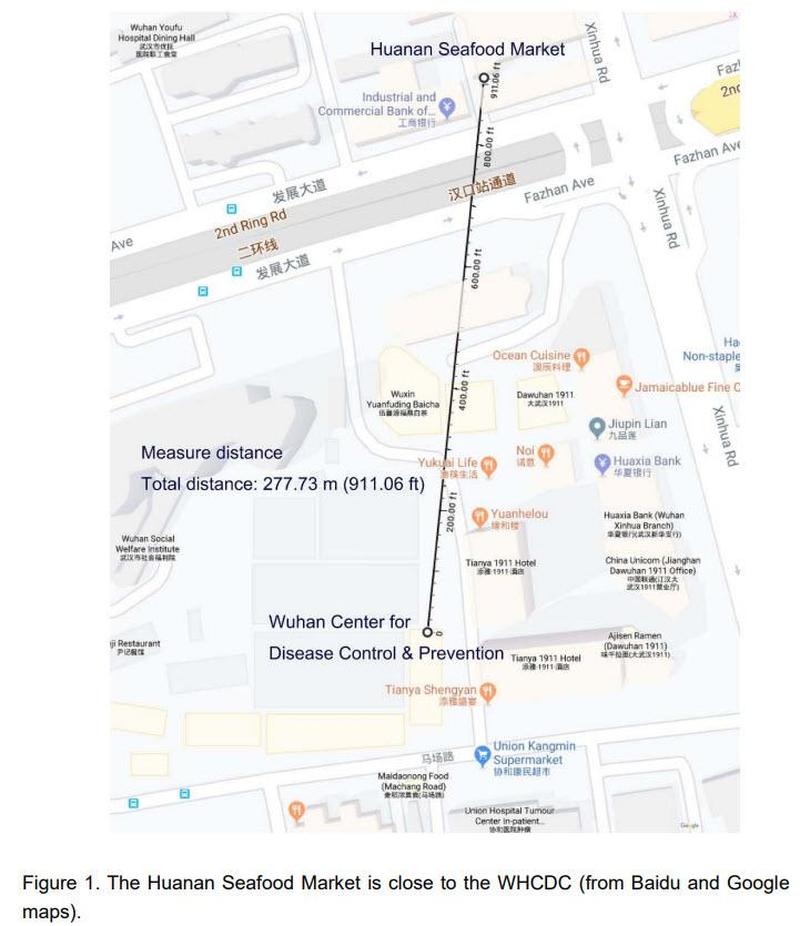 The uncertainty and the debate over the origins of the coronavirus pandemic are growing with each passing day.

One week after the White House asked scientists to finally investigate whether the Covid-19 virus was bio-engineered (i.e., created in a lab), none other than CNBC jumped on the bandwagon and echoing a similar question by Senator Tom Cotton – and of course, Zero Hedge – said “maybe the coronavirus was man made.”

All this is taking place as the mainstream media, whose purpose is similar to that of Beijing in minimizing public concerns and panic even if it means fabricating reality, presses on with the popular theory that the virus emerged from the Huanan seafood market in Wuhan (we recently showed why this appears very unlikely) while branding anyone who suggests that the coronavirus might have originated as a bioweapon developed in a secretive Wuhan lab as deranged conspiracy theorist  (a propaganda approach first popularized in the 1960s by the CIA to discredit controversial views).

Indeed, just today, the FT reported that Trevor Bedford, of the Fred Hutchinson Cancer Research Center in Seattle, “rubbished stories circulating on social media that Covid-19 was created at Wuhan Institute of Virology or elsewhere in China.” Bedford is of course entitled to his opinion, which was only reinforced by the lack of any dissenting views from the scientific community, especially in “ground zero”, China.

That has now changed, however, with what may be a “smoking gun” report, first noted by Harvard to the big house, from a scientist at the prestigious South China University of Technology in Guangzhou China. A pre-print published by Botao Xiao and Lei Xiao, titled “The possible origins of 2019-nCoV coronavirus” whose abstract is the following…

The 2019-nCoV has caused an epidemic of 28,060 laboratory-confirmed infections in human including 564 deaths in China by February 6, 2020. Two descriptions of the virus published on Nature this week indicated that the genome sequences from patients were almost identical to the Bat CoV ZC45 coronavirus. It was critical to study where the pathogen came from and how it passed onto human. An article published on The Lancet reported that 27 of 41 infected patients were found to have contact with the Huanan Seafood Market in Wuhan. We noted two laboratories conducting research on bat coronavirus in Wuhan, one of which was only 280 meters from the seafood market. We briefly examined the histories of the laboratories and proposed that the coronavirus probably originated from a laboratory. Our proposal provided an alternative origin of the coronavirus in addition to natural recombination and intermediate host.

… and an especially ominous conclusion:

In summary, somebody was entangled with the evolution of 2019-nCoV coronavirus. In addition to origins of natural recombination and intermediate host, the killer coronavirus probably originated from a laboratory in Wuhan.

Who is Botao and should anyone listen to him? Well, yes: this is what we find about the research group of the Harvard post-doc:

The Xiao group study mainly in the fields of cellular and molecular biomechanics, single molecule biophysics and engineering. Current research areas are: protein-ligand interactions, DNA and RNA assembly, high-throughput nanometer measurements and manipulation, mathematical modeling and quantitative analysis. The experimental techniques include: magnetic tweezers, optical tweezers, biomembrane force probe, fluorescent microscopy, genetic engineering, and chromatography. An project example is using high-throughput single molecule techniques to study the modulation of protein drugs on interactions of integrins and their ligands such as TGF-beta. We also study von Willebrand Factor and glycoproteins on platelets. We collaborate with a number of well-known universities and institutions, and a few enterprises. Our research will be of relevance for the prevention and treatment of cancer, immune and cardiovascular diseases.

But what is far more interesting, and important, is that the paper was supported by China’s National Natural Science Foundation, which means that the paper would likely never see the light of day if someone in Beijing did not stand to gain politically by endorsing the contrarian theory that a Wuhan biolab was indeed the source of the infection.

Which begs the question: is China’s political elite set to change the narrative it has been spinning since day one about the origins of the coronavirus, and in order to appease an increasingly angry population, points the finger to one or more scientists at the Wuhan Center for Disease Control and Prevention and/or Wuhan Institute of Virology. Perhaps even the same scientists we highlighted two weeks ago, and which led to our twitter ban?