Where Is Ghislaine Maxwell?

Ghislaine Maxwell is reportedly traveling internationally to foreign nations including Israel, according to the New York Post, as reported by The Jerusalem Post. The FBI pursues a formal investigation into her activities with Epstein, who was ruled dead by suicide in his New York jail cell in a case that has sparked worldwide speculation and scrutiny. Ghislaine Maxwell’s emails have reportedly been hacked, adding another dimension of panic to the situation for globalist elites who socialized with Maxwell and Epstein.

Epstein was identified as a Mossad agent who blackmailed world leaders with underage sex traps by former high-ranking Israeli intelligence official Ari Ben-Menashe, who has staked his reputation on the claims.

Ghislaine is not the only world traveler in her family.

Ghislaine Maxwell is a scion of one of the world’s most powerful families. National File has discovered a stunning connection: Maxwell’s nephew was a top official in Hillary Clinton’s State Department.

Ghislaine Maxwell’s socialite sister Isabel Maxwell married Dale Djerassi, son of birth control pill inventor Carl Djerassi, in 1984 and had son Alexander that same year, as shown by the Maxwell family tree. The couple later divorced. Carl Djerassi pursued a career in art while his son Alexander pursued politics. Both Dale and his son Alexander are on the Board of Trustees for the Djerassi Resident Artists Program. Dale and Alexander have been pictured together as father and son by the San Francisco Chronicle and other publications. 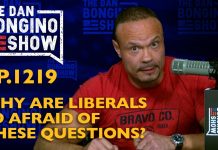