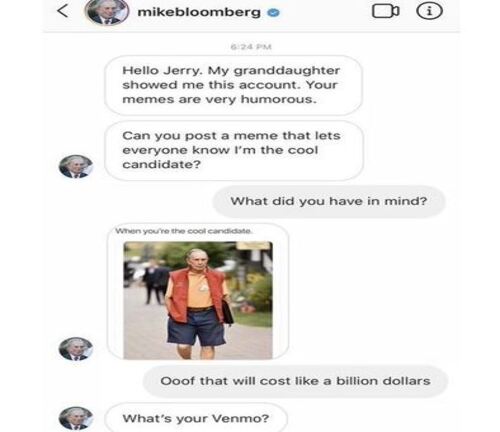 Democrats have a serious problem… well, more than one actually, and the two biggest are Bernie Sanders, who has expanded his lead and frontrunner status, which has media personalities admitting to being “absolutely panicked,” while declaring that if Sanders becomes the nominee for the Democrat party, it will be a “death sentence.”

The second problem is Michael Bloomberg, a billionaire that has bought his way to second and third place, dependent on which pollster is reporting, with hundreds of millions of dollars, yet has shown some incredibly bad judgement and “radically stupid” decisions.

Video creator Grabien recently released a compilation of just a small sample of the media terror over the probability of a Bernie Sanders’ nomination as the democrat candidate to face off against President Trump. The clip speaks for itself.

When the media and their guests openly admit their stark terror about the Bernie Sanders’ lead over the other candidates, the Democrat party has a huge problem.

With his double digit lead over all the other candidates comes another major quandary for the party, and that is Sanders’ supporters and their propensity for threats, misogyny and violence.

Critics say Sanders has allowed a toxic and sometimes misogynistic culture to thrive among his most fervent backers despite his repeated statements that he does not approve of bullying or harassment.

Women in the leadership of a Nevada union that opposes his healthcare agenda were swarmed last week with vulgar and threatening emails, phone calls and Twitter posts. In the days following, Buttigieg, Joe Biden, Elizabeth Warren and Michael R. Bloomberg all questioned Sanders’ commitment to curbing the provocations.

Warren, the senator from Massachusetts, told NBC News on Tuesday that she was especially concerned about the online assault against Geoconda Arguello-Kline, secretary-treasurer of Nevada’s powerful Culinary Workers Union, and union spokeswoman Bethany Khan. Among other things, purported Sanders supporters called them “whore,” “bitch,” “corrupt” and “fascist” after the union released a flier criticizing the senator’s “Medicare for All” plan as a threat to the union’s healthcare benefits.

This is not a new problem for Bernie Sanders as this was the same type of behavior by his supporters that plagued him in 2016 as he faced off against Hillary Clinton for the Democrat nomination.

There is just something about Bernie Sanders that attracts violent and vitriolic people. Perhaps it is his socialist stance,there is a reason death has always followed socialism.

Whatever the cause, it is not an anomaly because it is a longstanding issue for him and his campaign.

Bloomberg entered the race late, bought his way into the third debate and performed very badly according to pretty much just about everyone, but his performance isn’t the radically stupid part of his campaign.

No, that is his spending millions upon millions on social media influencers to talk about him using memes that prove once again, the left can’t meme and they should just stop trying because at this point conservatives are actually embarrassed for them!

Below is just one example of the childish and frankly stupid attempt by Bloomberg to allow meme makers to “help” him. Remember this type of thing has to be approved. If not, his campaign is more moronic than we originally thought.

If you thought the memes were ridiculous, a look at Bloomberg’s billboard campaign will have you shaking your head and asking “WHAT THE HECK????” 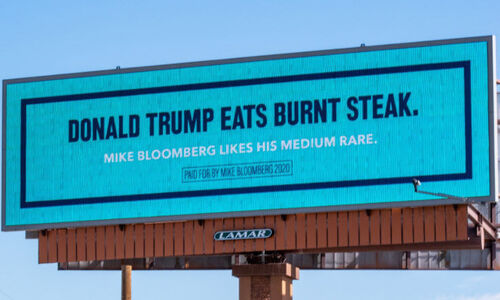 That was so bad I actually had to fact check that it came from a legitimate presidential candidate’s campaign, and sure enough, his campaign’s official, verified Twitter account admits to it.


We really don’t know which is worse, actually approving a billboard that basically tells Americans they are so pathetically dumb they will vote for a candidate based on their eating habits, or admitting to doing that, publicly.

If that doesn’t qualify as radically stupid, I am not sure what does.