Yesterday China reported fewer than 2,000 new cases. Today it’s nearly 15,000.
If you thought there was a slowdown in coronavirus cases, you thought wrong. Instead, there was under-reporting as most if us realized all along.Worldometer Stats

The rise in cases comes as Chinese officials broadened their definition of confirmed cases. Now, lung imaging can be used to diagnose the virus in a suspected patient, in addition to the standard nucleic acid tests, according to AFP.

Chinese officials said 13,332 of the new cases and just over half the new death toll can be attributed to the new classification, AFP reported.

There really was not such a jump, just better reporting and methodology.

Other Items of Note

Some of the coronavirus testing kits sent to state laboratories around the country have flaws and do not work properly, the Centers for Disease Control and Prevention said on Wednesday.

“Obviously, a state wouldn’t want to be doing this test and using it to make clinical decisions if it isn’t working as well, as perfectly, at the state as it is at C.D.C.,” Dr. Nancy Messonnier, director of the National Center for Immunization and Respiratory Diseases, said at a news conference on Wednesday.

At a news conference on Wednesday morning, Dr. Messonnier said that test kits had been shipped to more than 30 other countries, but later in the day said that she was mistaken, and that the international shipments had been held back because of the flaw.

The flawed test kits are a separate issue from the mislabeled samples in San Diego that led officials to discharge from a hospital a woman who was sick from the coronavirus.

There are a number of cases in which people with coronavirus initially test negative. In Tianjin, health officials say a woman developed symptoms on January 25. Her tests on Feb. 5, 8, and 10 came back as negative. The test on Feb. 12 was positive for coronavirus. 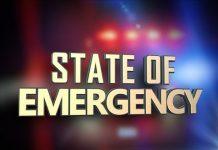