The United States military has set up mass quarantine camps in the United States to hoard people into. The Department of Defense has confirmed that the U.S. is following in China’s footsteps.

Areas to quarantine those infected with the coronavirus quickly become places similar to concentration camps and gulags. With China now forcing people from their homes and into mass quarantine camps, it might not be long before the police state in the U.S.comes crashing in to “protect and serve” the public.

Eleven military bases near major airports in the United States are setting up quarantine centers for possible coronavirus patients, the Department of Defense said. The Department of Health and Human Services asked the Pentagon for quarantine space in case beds fill up at other coronavirus centers around the country, according to a DOD statement. Additionally, the Pentagon already agreed to house up to 1,000 people for quarantine after they returned to the United States from areas with the virus, the Associated Press reports.

If you are traveling, a face mask is recommended, as that and good hand washing techniques are the two suggestions to prevent the contraction of this virus.  No one knows just how far this will go.  Right now, face masks are still few and far between, but some N100 face masks are becoming available again.

Simple Prepper Hacks To AVOID Getting The Flu

As of this writing, there have been 40,651 official and confirmed cases of the virus and the death toll has surpassed that of SARS, at 910.  The U.S. government is eventually going to use quarantining the infected as an excuse to round people up into camps.  And what happens if you are healthy and tossed into a camp with a bunch of people infected with the coronavirus? I probably don’t need to tell you…

Epidemiologist: You Can’t Keep The Coronavirus Out of The U.S.

Mass quarantine camps are tyranny, in the same way, that FEMA camps and gulags and concentration camps were. No one who is innocent should be forced into a living situation they haven’t deserved.  Please prepare and make note that this is happening on American soil.  Don’t trust the government to save you.  Save yourself.

Constitutional attorney John W. Whitehead has covered the advancement of the police state in great detail in his book, Battlefield America: The War On The American People.  All the “authorities” need is a crisis to implement complete domination over the voting and tax cattle. 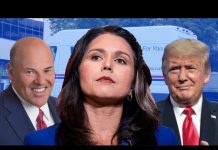