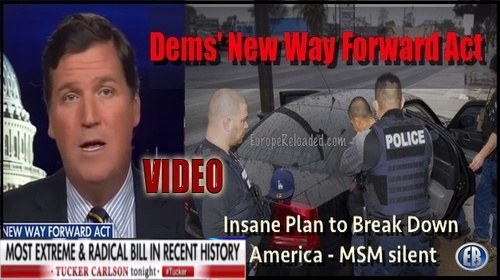 It is no secret that the progressive socialist wing of the Democrat Party considers the United States of America a rogue state. Built on the backs of slaves by “white supremacists” for the benefit of the rich elite. For years we have heard that law enforcement is the problem. This was the excuse given for the countless illegal aliens who are felons being released across the nation. Even if the Federal Law (8 U. S.C. 1373 and 1644) makes sanctuary cites against the law, the safety of the citizens is secondary to the ability of the progressive socialists to flaunt the law for more potential voters. There are more than 300 sanctuary cities that ignore the rule of law and receive no penalty.

Until this is ended, there will be more Gustavo Garcias committing armed robbery and carjacking before being put down by police. Started in Democrats districts, it shows the contempt the progressive socialist have for the rule of law, and the safety of the constituents they swore to protect. Combined with open borders, it is the culmination of the American hating leftists agenda to tear down the moral fiber and cultural background that is the foundation of this country.

For three years, the progressive socialists have been stomping their feet like little children demanding that ICE and DHS be abolished. This is nothing more than an attempt to cripple the departments to facilitate the illegal entry to our country. They have lied about illegal aliens being forced to drink out of toilets, or being held in concentration camps, of the forced split of illegal families ever since President Trump took office. With a compliant media assisting them, they never acknowledge that all those factors were the brainchild of the Obama administration. The steps taken by President Trump has alleviated many of the challenges we face at the border, but that is of no importance to those who would turn us into a third world country.

The New Way Forward Act (H.R. 5383) is a new bill festering in the Democrat House which would destroy our country through the further use of identity politics. I first learned of this bill through Tucker Carlson, who made the people of this country aware of this catastrophic legislation. It would, in effect, destroy our country and everything in it. In Tucker’s words, it could ruin and remake “our laws, our institutions, our freedoms, our history, and our values.” (ANP: You can hear Tucker on the NWFA in the 1st video at the bottom of this story.)

(ANP FUNDRAISER! Following Susan Duclos’ heart attacks and hospitalization, All News Pipeline will need some financial help in the months ahead. So if you like stories like this, please consider donating to ANP to help keep us in this ‘Info-war’ for America at a time of systematic censorship and widespread corruption.) 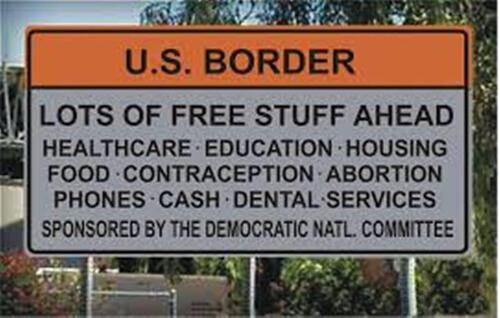 The progressive socialists have sponsored this bill, the original sponsors being Rep. Jesus Garcia of Illinois, Pramila Jaypal of Washington, Karen Bass of California, and Ayanna Pressley of Massachusetts. And of course, the Squad members have also shown a high affinity for this bill. Right now, there is no way for this bill to ever become law. Bernie Sanders has agreed with this bill, as has most of the other Presidential candidates for the leftists. They realize that until they can overwhelm the country with welfare recipients, illegal aliens and those willing to take taxpayer funding through socialist coercion, they will never be able to change our country in the third world. The 2020 elections are the bulwark against such an outcome.


There are many questions pertaining to the NWFA, but the mainstream media is not discussing any aspect of the Act, and even with 44 progressive socialists cosponsoring the Act, it stands no chance of being passed in the House. You can rest assured that if the leftists ever regain control of our government, this will be the first order of business that they will force on the American citizens.

A look at the NWFA is concerning. The promotional materials promulgated by those supporting the NWFA, it states that convictions should not lead to deportations. Under the NWFA act under the heading of “moral turpitude” would be eliminated as a justification for removal along with any aggravated felony. Illegal aliens who are convicted of passport fraud are immune to deportation along with robbery and child molestation. In support of destroying all aspects of law enforcement, the NWFA abolished all enforcement against illegal immigration.

Also contained within this nation ending act is the so-called “right to come home.” It creatively allows tens of thousands of deported criminals to return to our country. Those convicted of sexual abuse, both human and drug trafficking, robbery, and felonious assault, will be allowed into the country. The NWFA required the use of taxpayer money to assist these criminals to return and requires that the American taxpayer money be used to bring back more than 480,000 felons and will do nothing to make our communities any safer. Once these criminals are here, the American taxpayer will then be required to pay for the free healthcare, housing, and welfare benefits that they will receive.

The immigration law will be changed to subordinate the right of American citizens to criminal aliens. Border enforcement will be non-existent, and criminal aliens will be allowed to roam and commit atrocities as we have seen before at will. No longer with the rule of law have any significant meaning, and there will be no responsibility attached to what these criminal felons wish to do.

The American culture will be something of the past on the progressive mad rush to make America a third world country. The law-abiding in our country will be forced to share the safe communities where they live with the government protected class of criminal aliens. Most impacted will be those urban minorities would are expected by our government to just accept that they may be living in close proximity to a child molester, or MS-13 gang member. The NWFA will allow criminal illegal aliens to roam with impunity, knowing that there will be no repercussions for whatever they do, which the American citizenry would be terrorized to the point of being fearful of leaving their own homes. 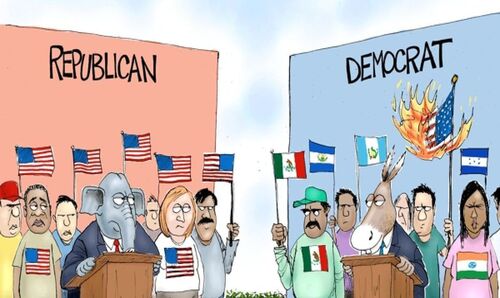 The judiciary system would also be impacted in the pursuit of what the progressive socialists call a humanitarian purpose. Under the Act, if an immigration judge finds that family unity is more important than the crime committed, he can show discretion and let the felon remain in the country. This is nothing more than sanctuary cities on steroids. The progressives will pick and choose the liberal judges that want the case to go to, and allow the criminal illegal aliens to receive a “get out of jail free” card to continue the actions that had him arrested in the first place. The over 200-year assumption of our rule of law would no longer be valid. The NWFA would make the criminal felon the victim and invalidates the rule of law. Speak out against it, and, once again, you will be called a racist, a white supremacist.