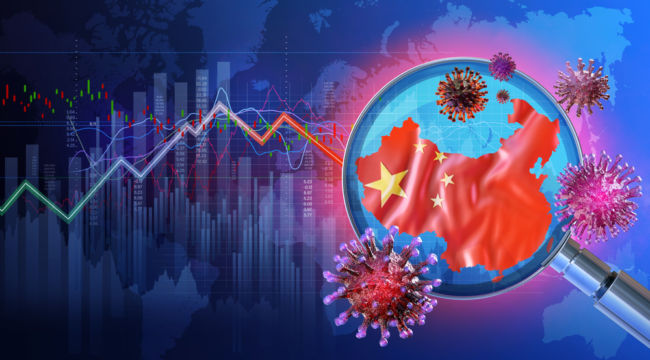 Here are the official statistics on the coronavirus (technically COVID-19) as of today: There are 75,685 confirmed infections worldwide, with 98% of that total in China alone. Of those cases, 82.5% are in the single province of Hubei, mostly centered in the city of Wuhan, with 11 million residents. 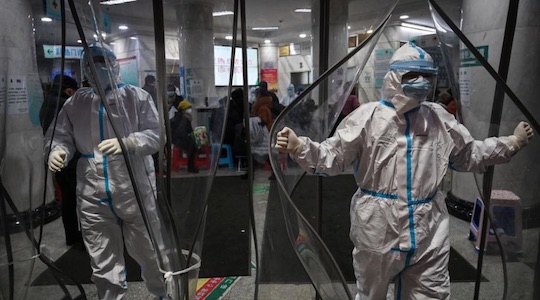 Coronavirus has reached pandemic proportions in China. Over 60 million people are locked down, which means they cannot leave their homes except once every three days to buy groceries. Streets are empty, stores are closed, trains and planes are not operating. The Chinese economy is slowly grinding to a halt.

While the disease has been predominately centered in China, and Wuhan in particular, there have been significant outbreaks in Singapore (58 cases), Hong Kong (56 cases), Thailand (33 cases) and Japan (29 cases including one fatality). Approximately 218 cases have been identified among those trapped on cruise ships where all passengers are under quarantine. Fifteen cases have been identified in the United States.

These statistics barely scratch the surface of what is happening with coronavirus in China. There is good reason to believe that the actual incidence of the virus may be five–10 times the official numbers.

Tencent (a popular internet search and social media platform in China) reported on Feb. 1, 2020, that actual infections were 154,000 and deaths from the disease were 24,589. (A screenshot of the Tencent release is shown below; source: Taiwan News).

The infection figure was approximately 10 times what the official figure was on the same date. 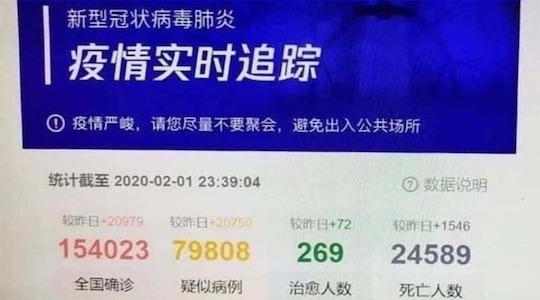 There is no reason for a high-profile platform such as Tencent either to fabricate data or incite panic. It is reasonable to conclude that these figures are close to actual data. The Tencent posting was suppressed by the Chinese government within minutes of what may have been an accidental release of accurate data.

Using either The Lancet or Tencent as a baseline suggests that the official infection and death rates are grossly understated.

Anecdotal evidence is consistent with the view that official data are materially understated.

Many bodies have been picked up off the streets and sent for cremation without blood samples or autopsies. It is highly likely that these victims died from coronavirus but are not included in official counts because no tests were performed.

Authorities are running out of body bags and refrigerated trucks, so bodies are simply being wrapped in plastic sheets and hauled away in ordinary vans.

A shortage of face masks, latex gloves and testing kits has also emerged. This means that doctors and medical personnel are highly susceptible to infection. It also means that patients who complain of fever and difficulty breathing are sent away because officials have no way to test them for coronavirus.

These developments simultaneously inflate the number of infected and deflate the official count.

The story gets worse. Wuhan, the city that is ground zero for coronavirus infections, is also the location of the sole bioweapons laboratory for the Chinese military and Chinese Communist Party.

One of the scientists at the laboratory is Zhengli Shi, a virologist. Shi formerly worked at a laboratory at the University of North Carolina, where he engineered a hypervirulent bat-based coronavirus that bears a striking resemblance to the COVID-19 coronavirus, including gene sequences not found in nature.