by Admin, The Burning Platform: 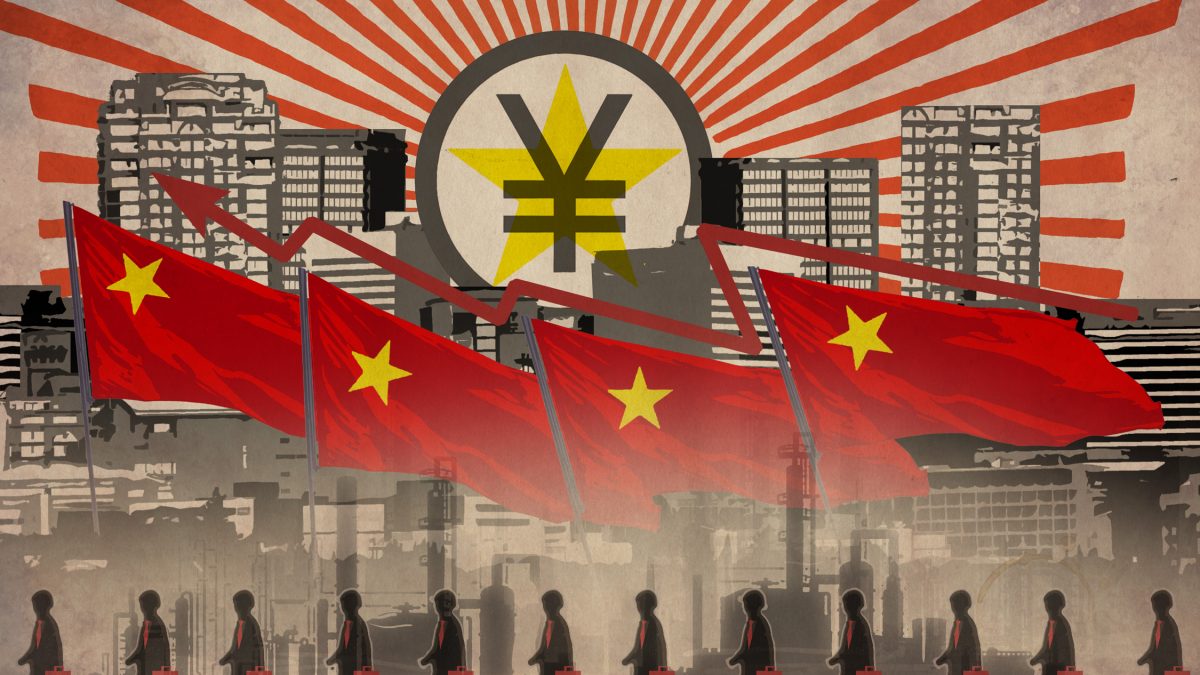 From Austrian Peter via MG

I have a direct reader contact in China – he keeps me informed and is well connected. This is what he wrote on 11 Feb 2020 – straight from the horses mouth, so to speak, word for word – forgive broken English – he does very well and is to remain anonymous for obvious reasons – for TBPers only:

I should write the email earlier if only was not exhausted observing and thinking on the coronavirus epidemic over past weeks. I decide to rest and turn to more urgent and meaningful issues in my life afterwards. You have enough information and comments on the worldwide impact epidemic, from many main stream and other media,social media and blogs, from various aspects. I’ll try to provide something hardly found on internet in English.

I’m healthy and still living in rural northern china, far from Hubei Province, where the nightmare come true, most of elites from Chinese medical system and military department & the regime’s political authority have been put into prevent more deaths.

Bioweapons are being researched for long in great powers and would be applied in tragic wars years later, with chemical weapons and miniature nuclear weapons. But I’ve never expected it so soon and near. News about unknown pneumonia in Wuhan first appeared on Chinese social media and caught my attention on the last days of 2019.

Then, Japanese and some English media. I’ve discussed it with my elder Japanese friend about the danger and possibility of the virus as a bioweapon, including the night people are celebrating the new year. The surmise was limited into private conversations, too “conspiracy theory”, but too many factors would raise our doubt. The SARS-like characteristic, the existence of P-4 laboratory,, our knowledge of the CCP regime and the scientists, the ominous feeling he felt in visit across hubei province on November.

And the live food market, the first important site mentioned in the news, located only hundreds of meters from Hankou railway station, an important transport hub, and the spring festival travel rush is coming.

We believed it was a leak of artificial virus from P-4 laboratory. My logic was they could solve it very soon and silently without disastrous consequences. I phoned and reminded my friends in Wuhan not to go wandering during the festival. Then I saw the news that eight(doctors) were warned for spreading rumours about the epidemic on wechat, on the CCTV. As is known to people all over the world, one of the eight has died from the deadly virus. The experts said don’t worry, the virus doesn’t spread among people.

That’s why I worry most. To survive in the truman world full of lies from birth, you have to think twice about the rumors and the authorities told. Few of words and figures from CCP regime can be trusted. I cancelled the train ticket back home from Guangzhou stopping at wuhan immediately (routine 1), and quitted the routine 2 which also passes through hubei province. The last option is going to Hangzhou where my sister works and driving back home with her. Routine3 .

The decision proves to save me much trouble indeed, many people get infected due to changing trains or planes in wuhan for only one hour.
But before Jan. 20th I still assume the influence can be limited into hubei province like most Chinese, since few further information reported. I saw none wearing face masks in serval cities and didn’t buy masks as well. I was busy with other things and mentioned nothing in emails with you.

Until the truth can’t be hidden any more and people died like leaves in autumn. The social war, total civil war begun formally, and chaos , cries, strict control come hand by hand.

On Jan. 22th, I’ve get the information that at least 100 thousands were believed to be infected merely in Wuhan, from doctors in Shanghai and Wuhan. Who can be silly to believe the official figure when words and photos spring continually about people dying at home without diagnosis from Wuhan? The figures are obedient to the political guide, just like surveillance cameras and hard drives.

Everyone gets what he deserves. I wasted much time and emotion , information overloaded. The epidemic won’t last long, maybe end before June, when the savoir of science cult members, a magic medicine comes, regardless of the fact that most of cured cases recovered the health due to traditional medicine Chinese, which is less scientific than transgenic foods, artificial meat and the vanguard of scientific socialism, CCP.

This is bioweapon, whether related, stolen, help with Canadian or American. You can have enough proofs in Chinese as many as in English. That’s an open secret an another important factor leading to quarrels and wars between Leviathans.

I’m disgusted by the performance of the sympathy justice human right or whatever, whether from herds complaining about tragic fates and playing as innocent in the religious drama, or politicians declaring defending for our democracy, hegemony, values and oil. Thank god, the US refuses to see the fact that they have been left behind by the Japanese in the energy revolution.

The epidemic just makes the fragmented authoritarianism clear for all.

Officials from various cities rob each other of medical supplies and sell for money, which is more factual than the bullshit warning and punishment from above,(order an official to resign and take another position in another city weeks later). The Chinese red cross in Hubei enforces every penny and donation into their own warehouses. They attribute the donation to the officials and any constitutions bribe them instead of people suffering. Doctors fighting deaths waiting hours begging them and get nothing, that’s the revenge for the doctors’ posting truth online. Eventually, helicopters are adopted to ship the supplies directly to the hospitals.”