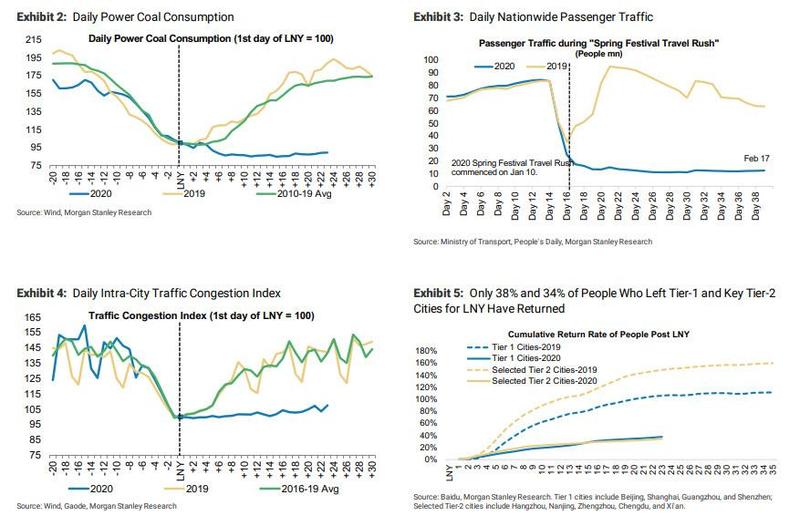 When we commented earlier that the coronavirus pandemic means that the vast majority of Chinese small and medium enterprises (SMEs) have at most 2-3 months of cash left, a potentially catastrophic outcome that will not only crippled China’s economy but its $40 trillion financial system, we summarized the circular quandary in which Beijing finds itself, to wit:

… unless China reboots its economy, it faces an economic shock the likes of which it has never seen before in modern times. Yet it can’t reboot the economy unless it truly stops the viral pandemic, something it will never be able to do if it lies to the population that the pandemic is almost over in hopes of forcing people to get back to work. Hence the most diabolic Catch 22 for China’s social and economic system, because whereas until now China could easily lie its way out of any problem, in this case lying will only make the underlying (viral pandemic) problem worse as sick people return to work, only to infect even more co-workers, forcing even more businesses to be quarantined.

Shockingly (or perhaps not at all in light of China’s tremendous human rights record), Beijing has picked output over life expectancy, and in a furious scramble to restart its economy, which as we showed earlier remains flatlined…

… according to most high-frequency metrics, it has been “advising” people to get back to work, even as new coronavirus cases are still coming in, in the process threatening to blow out the current epidemic with orders of magnitude more cases as places of employment become the new hubs of viral distribution.

As Bloomberg picked up late on Sunday, following what we said earlier namely that “local governments around the country face a daunting question of whether to focus on staving off the virus or encourage factory reopenings” China’s central and local governments are one again easing the criteria for factories to resume operations “as they walk a tightrope between containing a virus that has killed more than 2,400 people and preventing a slump in the world’s second-largest economy.” This schizophrenic dilemma for a government which faces two equally terrible choices, was best summarized by the following two banners observed in China:

Indeed, a perfectly schizophrenic message from the government to the people: