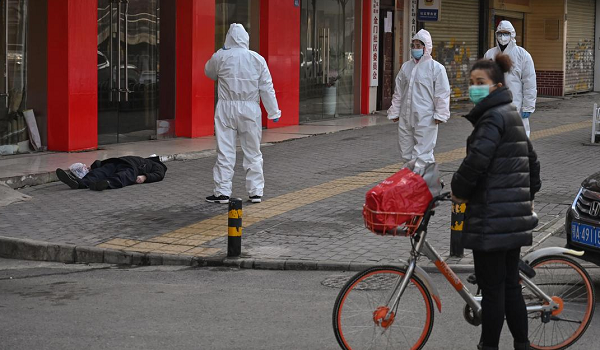 We’ve now learned that Liu Zhiming, head of the Wuchang Hospital in Wuhan, China, where novel coronavirus patients are being treated, has himself died of pneumonia stemming from a CoVid-19 infection.

An announcement from the official state media of communist China reveals that Liu is the first hospital director, and really major figure in general, to die thus far while battling the virus in its epicenter.

Despite “all-out” attempts to save him, Liu succumbed to the Wuhan coronavirus (CoVid-19) at its worst.

In an official announcement about his death, the Wuhan Municipal Health Commission honored Liu for his “important contributions in the work of fighting and controlling” the deadly virus.

“Unfortunately, he became infected and passed away at 10:54 Tuesday morning at the age of 51 after all-out efforts to save him failed,” the commission somberly reported.

Liu’s death marks at least the seventh medical worker to die from the Wuhan coronavirus (CoVid-19) since the outbreak first took hold.

And don’t be fooled: Just because we’re not yet seeing a major outbreak of the Wuhan coronavirus (CoVid-19) here in the United States does not mean we’re in the clear. The disease can apparently spread without symptoms, as explained below in an episode of The Health Ranger Report with Mike Adams:

How long will it be until there’s a coronavirus death here in the U.S.?

News of Liu’s death echoes back to another similar death, that of fellow Wuhan doctor Li Wenliang.

As we reported, Li was the first to warn his fellow colleagues, which eventually spread to the general public, that the Wuhan coronavirus was a threat back in December 2019.

The communist Chinese regime quickly silenced him with threats of punishment, and also handed him a misdemeanor for creating a stir. But it turns out he was right, though Li has since passed from the Wuhan coronavirus (CoVid-19) himself.

As we’re all now witnessing, the Wuhan coronavirus (CoVid-19) is no laughing matter. Its devastating impact continues to be observed with new infections, new deaths, and new quarantines both in China and in the United States.