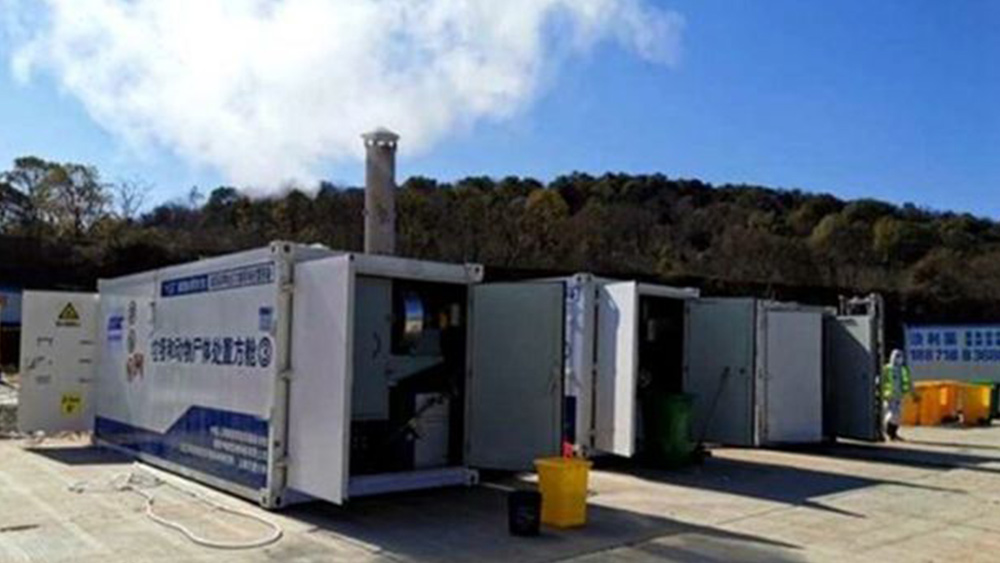 Remember 13 days ago when we warned that “cremation vans” were running 24/7 in Wuhan, China while the crematoriums were backlogged with piles of dead bodies stacked in the cremation queues?

The deployment of incineration ovens, combined with the grotesque violations of basic human rights now being routinely committed by China in response to the pandemic, has invoked memories of the horrors related to the Holocaust of World War II.

As reported by the UK Daily Star, these incineration ovens are built to the size of 20-foot transport containers, and each can incinerate about 30 cubic meters of material. “Reportedly the incinerators have been sanctioned for the use by the Chinese military after a test in Golmud, Qinghai in January,” says the Daily Star.

The words on the side of these incineration ovens say, “Garbage and Animal Corpse Placement Receptacle.” (Our staff reads Mandarin Chinese, so we have confirmed this.)

Each incinerator can burn up to five tons of material per day, which equates to about 16 dead human bodies or large animal bodies per unit, per day. Multiplied by the 40 incineration ovens which have now been deployed, this adds the capacity to burn up to 640 human bodies per day, even though they claim these ovens are for animal corpses and medical waste.

According to “official” Chinese government data that no one believes except the incompetent World Health Organization, daily coronavirus deaths in China are hovering around 100. It seems we are now supposed to believe China has an epidemic of dead animals that’s so large, they need 40 incineration ovens to burn animal corpses.

But people inside the quarantine chaos in China are so fed up with the lies from their own government that they are risking their own lives to speak out. Check out this woman’s desperate plea from China, where she is sure to be thrown into one of the incineration ovens for recording this very video. We have confirmed she speaks with a mainland Chinese accent and pronunciation. Actually, I’ve even confirmed that myself since I can tell the difference between mainland Chinese Mandarin vs. Taiwanese Mandarin:

A partial transcript of what she’s saying: (h/t to Zero Hedge)

Only normal citizens are suffering. The government does not care about us. We can’t buy medicine with money. We can’t go to the hospital with money.