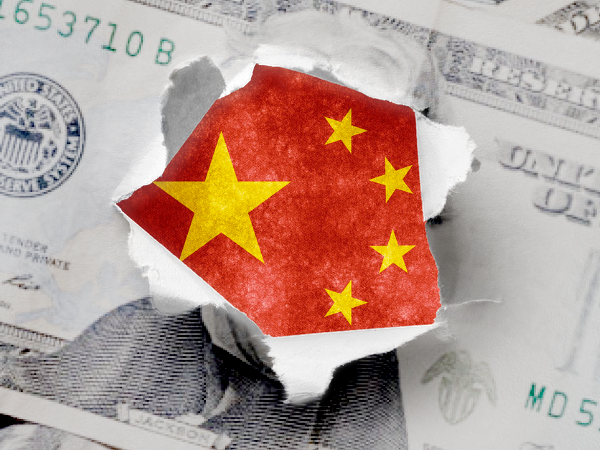 Earlier this week, we covered the Federal Reserve’s pursuit of a central bank digital currency (CBDC), based on the blockchain and dubbed “Fedcoin.”

It turns out that China is also pursuing its own version of a CBDC, and while the consequences of such a move for Americans would be very different than those of a Fedcoin, they have the potential to be even more dire. What’s more, Beijing could be even closer to implementation than the Fed is.

Vila Lehdonvirta, a Senior Research Fellow at Oxford, was quoted on Quartz explaining a few advantages (to China) of its version:

A CBDC could have several advantages from a central bank’s perspective. One is winning back more direct control over money supply, to use as a monetary policy lever… In a CBDC system, the central bank could bypass banks and influence consumers directly.

According to an article on Ledger Insights, one key difference between Fedcoin and China’s CBDC is that the latter isn’t likely to be based on blockchain technology. Therefore, it wouldn’t be a true cryptocurrency like the planned Fedcoin. Instead:

The same article goes on to highlight that China has been pursuing their digital currency since 2014, and “there are 996 staff at the Digital Money Institute.”

With that kind of manpower, it’s no wonder that a recent Bloomberg piece revealed the “People’s Bank of China is ‘close’ to issuing its own cryptocurrency.”

The Bloomberg article doesn’t share a specific timeline, but Wang Xin at the People’s Bank of China offered a hint of clarification on Regulation Asia, stating:

A digital currency issued by the central bank can improve the efficiency of monetary policy, and help to optimise the payment system… We had an early start … but lots of work is needed to consolidate our lead.

No matter if China’s CBDC could be close or lots of work is still needed, they appear serious about implementing it. And even the possibility that this digital currency could soon exist should raise a red flag.

That’s because China’s effort to create a CBDC is really part of an overall strategy of “de-dollarization.”

Another way for China to put a dent in the U.S. dollar’s hegemony

According to a recent 5-Minute Forecast from Agora Financial, “China’s central bank has filed more than 80 patents as part of the push to create a digital currency.”

The patents “include proposals related to the issuance and supply of a central bank digital currency, a system for interbank settlements that uses the currency and the integration of digital currency wallets into existing retail bank accounts.”

Sure seems like China could be creating an alternative to the U.S. dollar for transactions. And this isn’t the first time they’ve pursued alternate economic channels for trade with that goal in mind.

Jim Rickards has even suggested that countries like China may be building toward a gold-backed digital currency, which would make their currency an even stronger competitor to the U.S. dollar, if it came to fruition.

Thankfully, according to Rickards, China hasn’t yet amassed enough gold to “reach strategic parity with the U.S. dollar,” so at this time they may be unable to implement a gold-backed digital currency.

But in spite of that, China appears to be closer to introducing a digital currency than we might think. According to Gal Luft and Anne Korin, authors of the book “De-Dollarization”:

First, it is already a de facto cashless society. The largest bank note in circulation is 100 yuan (about $15), making big cash transactions cumbersome. While cash is not practical, credit cards have never become mainstream in the country. This is why China has become the leading society in mobile payments.

Even though the ideal move might be to wait until they amass enough gold, who knows what China will do to dethrone the dollar?

And don’t forget about Russia and Saudi Arabia, which may join forces with China to “kill the dollar.” Even Sweden has recently started real-world testing of the world’s first CBDC (called the “e-krona”), which proves the idea is beginning to take off.