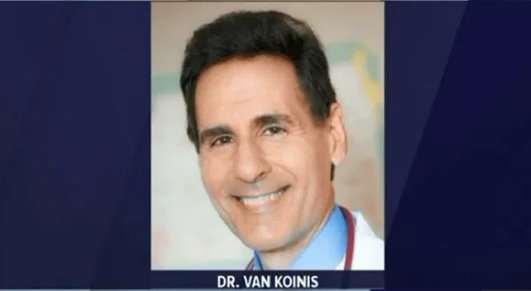 Investigators are digging into the patient records of the late Dr. Van Koinis, a well-loved holistic pediatrician from my hometown. I first learned of his death in October when I was back in Chicago as a keynote speaker for Health Freedom Expo.

Koinis was found dead last September from what authorities say was a self-inflicted gunshot wound. Though he had no kids and wasn’t married, authorities state Dr. Koinis drove to a forest preserve that was some ways from his home and took his life. He was not discovered for weeks, prompting his patients to ask publicly (on our page no less) why he wasn’t found sooner during a popular time of year.  We did a live video tonight to many thousands on our Facebook page and had dozens of his former patients (or parents of his patients) leaving comments as to what an amazing man and doctor he was.

Some had seen his father who was also a pediatrician, and then a generation later, their children saw Dr. Koinis. We’ve never seen so many heart broken patients in one live broadcast with only positive things to say about this extraordinary man.

In a sudden turn of events, investigators recently announced they found a suicide note raising questions about his vaccination records. Cook County Sheriff Tom Dart indicated the note expressed regret about doctoring records, and was “about vaccines and ONLY vaccines”. Dart said:

“The note was very short. It was a note where he expressed a lot regret and the note was solely driven at the fact that he did things he regretted as far as the vaccinations. He was incredibly regretful for what he did and it was the only thing he mentioned in the suicide note. It was this and only this.”1

Dart said that the note, which was cryptic at times, talked about a window spanning around 10 years in which he either doctored records or gave fake vaccinations. Koinis was a big believer in homeopathic remedies said mainstream. The note didn’t express regret in those beliefs but “regrets in what he did.”1

Dart noted, that based on a preliminary investigation, Koinis did not have financial problems or problems with his practice. However, the suicide note detailing his vaccination practices gives him pause.

Patients argue this and state publicly that if a patient wanted vaccines he’d give them and if they didn’t he respected that. Some patients on our broadcast stated they did some vaccines but not all.

Whether he fudged the paperwork for patients vaccines remains unclear, as one reporter said thus far they’d found no evidence of this. Another in authority said there may be evidence he did.  But again, one fact remains clear – his patients loved him.

Investigators found the probability that in some cases Dr. Koinis did not provide vaccinations to children at their parents request. Dart added:

“There seems to be an overarching depression that was driven by years of not vaccinating people properly. We were not able to nail it down any further. That was the sole reason he gave for this.”1

Dart questioned if this was just a case where individuals, who were against vaccinations, came to Koinis and he waived vaccinations and falsified their records, or is this larger than that?

Tatiana Rudolph’s two children were patients of Dr. Koinis, and she said both of them received their shots. She said he was a good doctor, adding:

“He never hesitated to give vaccinations. He never hesitated at all. If they needed them for school, they were getting them. Doctor Koinis was a very caring loving doctor. He was very observant. He paid close attention. He did his best with everything.”1 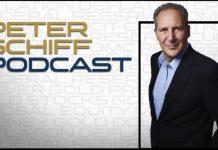