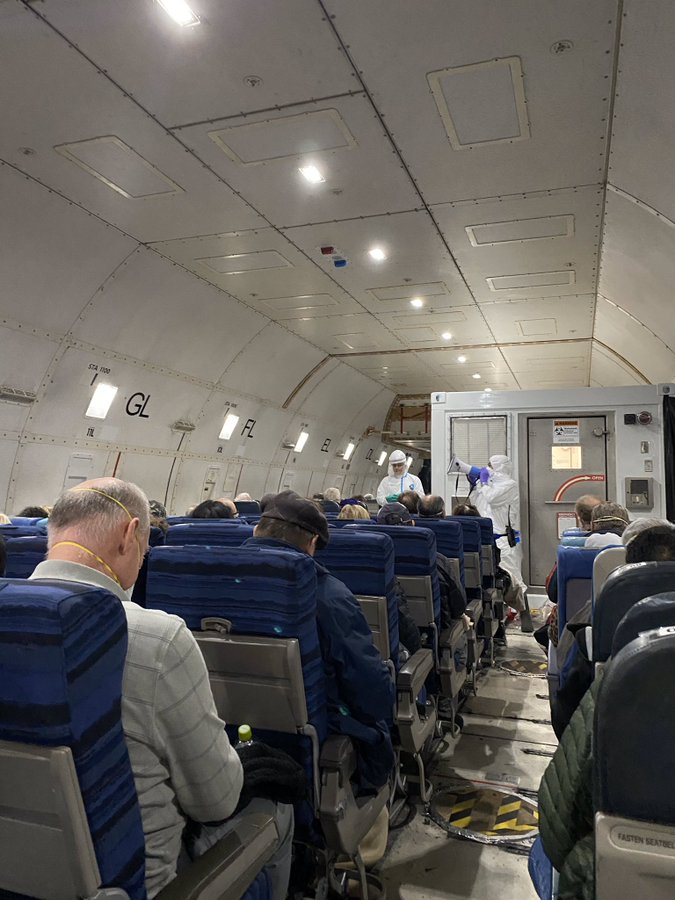 It has begun. Will you or your loved ones be next? “Contact tracing” teams have been activated.

Some 400 evacuated American citizens who traveled aboard the botched Diamond Princess cruise will be returning to the United States where they will be put under forced quarantine at U.S. military installations that have been approved and are equipped to deal with the deadly COVID-19 strain.

The ship, carrying over 3,700 passengers and crew, has been quarantined in Yokahama, Japan since early February.

About 400 U.S. passengers were evacuated on Sunday and will be put onto special flights back to the U.S. where they will be put under quarantine.

To daye 355 people aboard the vessel have become infected.

Some buses arriving to the Diamond Princess to begin to take American passengers to a repatriation flight. Another 70 cases of #coronavirus — 355 in all — makes the cruise ship ‘high risk’ for exposure, per US officials. @NBCNews tracking the evacuation for @TODAYshow and @MSNBC pic.twitter.com/cqXDyaMb2J

Forty-four of the Americans who took the cruise have been reported to be infected.

This brings the total quarantined on U.S. military installations to over one-thousand.

“Inside the plane transferring quarantined Americans to another quarantine. 12 hr flight, passengers not told where they are going,” ABC 15 Reporter Adam Waltz Tweets.

Inside the plane transferring quarantined Americans to another quarantine. 12 hr flight, passengers not told where they are going. #coronavirus pic.twitter.com/BmUViXIbBJ