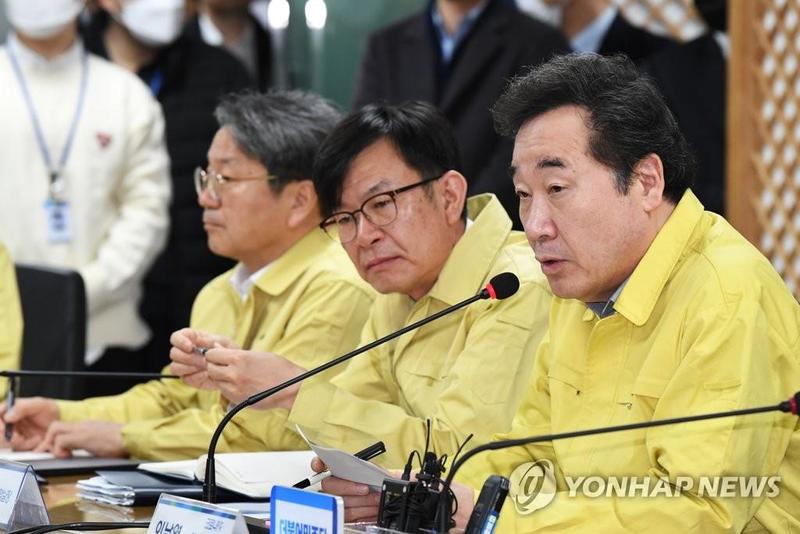 In their latest update, South Korea has admitted 60 more cases, making a total of 893.

And, as the virus spreads, South Korea is about to go ‘full China’ on its people as Yonhap reports  the cities of Daegu and Gyeongbuk, where the virus is spreading rapidly, have been designated as special disease management areas for infectious diseases.

Simply put, this means that, as Democratic Party spokesman Hong Ik-pyo explained, “A blockade is being considered by the government, and we are considering using some administrative power in areas such as movement.”

Locals have called this a strategy to “enforce the maximum containment policy” – in other words, full lockdown of a city of 2.5 million people (the 4th largest in the country).

Update (1845ET): The CDC has outmaneuvered the State Department and issued a travel warning on South Korea.

This just hours after President Trump tweeted that it’s time to buy stocks because the crisis is under control.

Update (1825ET): As we mentioned earlier, the state of California has thousands of individuals under a ‘self-imposed quarantine’. But what, exactly, does this mean?

As the SF Chronicle points out, this figure is up from 6,700 last week.

The Press Democrat reports that all of the people under self-imposed quarantine recently visited China, but have no other connection to a sick individual, and have shown no other signs of the virus.