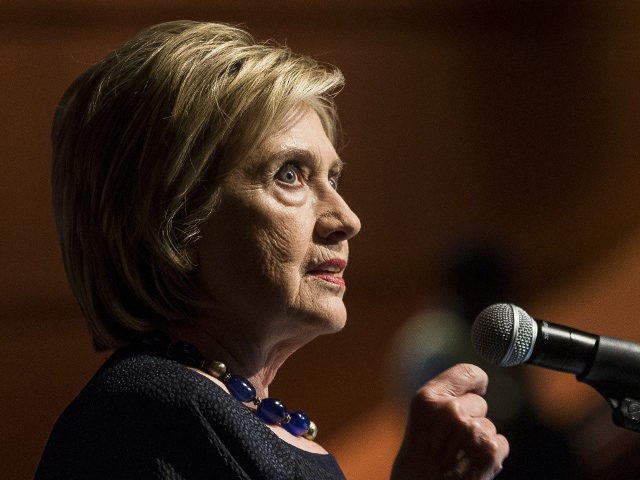 It has been more than three years since President Donald Trump defeated Democrat Hillary Rodham Clinton in the 2016 presidential election, but all of Clinton’s emails at the center of the email scandal that plagued her failed presidential campaign have still not seen the light of day.

Judicial Watch announced in a press release on Friday:

Judicial Watch today released 37 pages of new Clinton emails recently found by the FBI that show former Secretary of State Hillary Clinton used her unsecure, non-government email to transmit classified information. The new emails also show Clinton used text messages for government business. The documents, produced to Judicial Watch after a review by the State Department, include 13 new Clinton emails. The State Department did not provide information about where the emails were found; why they were not previously produced; or if additional records are anticipated. Last month, a Justice Department attorney could not tell a federal court judge how and where the FBI discovered the new cache of Clinton emails. The State Department previously claimed it had produced all releasable Clinton emails, including emails recovered by the FBI that Hillary Clinton tried to destroy or withhold. The State Department initially claimed all responsive emails had been produced in 2018, but then found more emails which were produced, for the first time, early last year. Then in November 2019, the State Department first disclosed to the court that the FBI had found this latest batch of emails.

The 37 pages of new emails that the FBI discovered were made public Friday thanks to Judicial Watch’s litigation against the State Department, as part of a Freedom of Information Act (FOIA) lawsuit the organization has been waging against the government for more transparency on this.

The new batch of emails discovered and published Friday includes Clinton using her personal email to communicate with former British Prime Minister Tony Blair; Clinton conducting official business with then-Assistant Secretary for the Bureau of Near Eastern Affairs Jeffrey Feltman, who suggested she meet in 2011 with Lebanese Prime Minister Najib Mikati; and Clinton emailing with her aide Huma Abedin about “text messages” and coordinating getting her “confidential assistant” Monica Hanley to “the Hamptons” to help her get organized. Hanley has been exposed in the past for having mishandled or misplaced sensitive government information.

A number of these newly revealed emails, including the Blair one and several others, contain classified information as well.

Tom Fitton, the president of Judicial Watch, said the revelations in these emails demonstrate that a fresh criminal investigation into Clinton is necessary, as these newly discovered emails prove she regularly transmitted classified information via her insecure server system.