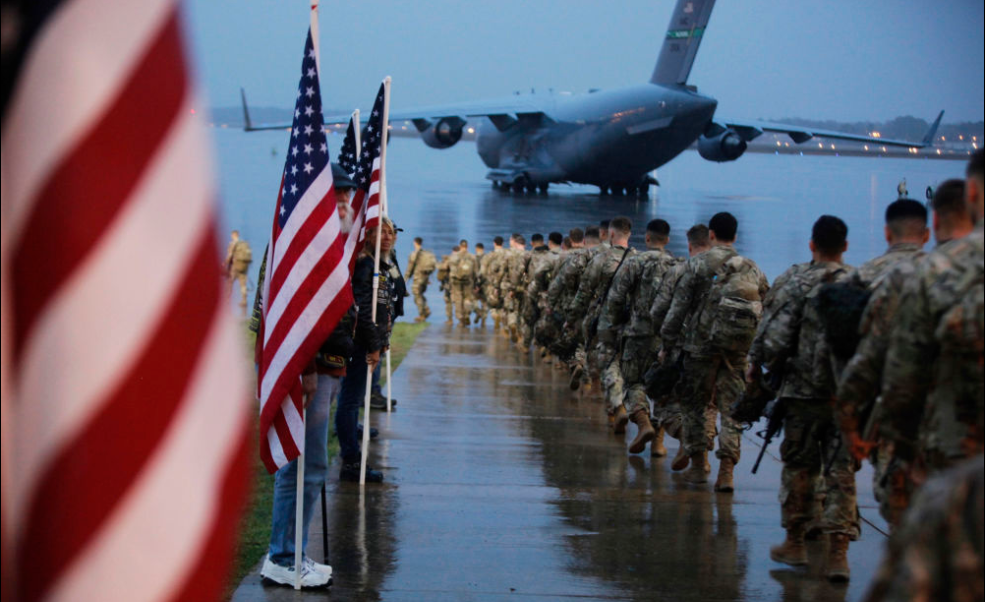 “We’re going to war, bro” — declared a young US soldier from the US Army’s celebrated 82nd Airborne Division. He gave reporters a confident two thumbs up as his unit moved out on its largest “fast deployment” in a decade at a moment Iran has promised to inflict a “historic nightmare” on the US in retaliation for the killing of Qasem Soleimani.

Reuters provided a detailed account of the uneasy yet somewhat jovial calm before the storm atmosphere that prevailed on the airport tarmac at Fort Bragg, North Carolina as 600 soldiers and many hundreds more support crew flew out.

While Kuwait is expected to be the first stop for most of the some 3,500 total paratroopers ordered to the region, the final destination is classified, and the Army is concerned over information leaks. For this reason the US Army confiscated the cell phones and any personal communication devices of those deploying on the transport planes.

Four heirs in royal portrait to mark the new decade

The departing soldiers, with the older generation described by Reuters as more somber and aware of the reality of entering conflict, were keenly aware that war is potentially on the horizon:

The older soldiers, in their 30s and 40s, were visibly more somber, having the experience of seeing comrades come home from past deployments learning to walk on one leg or in flag-draped coffins.

“This is the mission, man,” said Brian Knight, retired Army veteran who has been on five combat deployments to the Middle East…

“The guys are excited to go but none of us know how long they’ll be gone,” Army spokesman Lieutenant Colonel Mike Burns said. “That’s the toughest part,” he added.

Reuters described that for each infantry combat fighter, there are seven support crew deploying, including cooks, medics, mechanics, transport personnel, and chaplains — with the only ones not carrying a rifle among them being the chaplains.

Despite war rhetoric between the US and Iran dominating the news cycle over the prior days, many were surprised to receive the call over the weekend to muster and depart Sunday. The Reuters report related the following:

“I was just watching the news, seeing how things were going over there,” said the 27-year-old, one of several soldiers Reuters was allowed to interview on condition they not be named. “Then I got a text message from my sergeant saying ‘don’t go anywhere.’ And that was it.”

Risks seemed to be pushed to the back of the minds of the younger soldiers, though many packed the base chapel after a breakfast of eggs, waffles, oatmeal, sausages and 1,000 doughnuts.