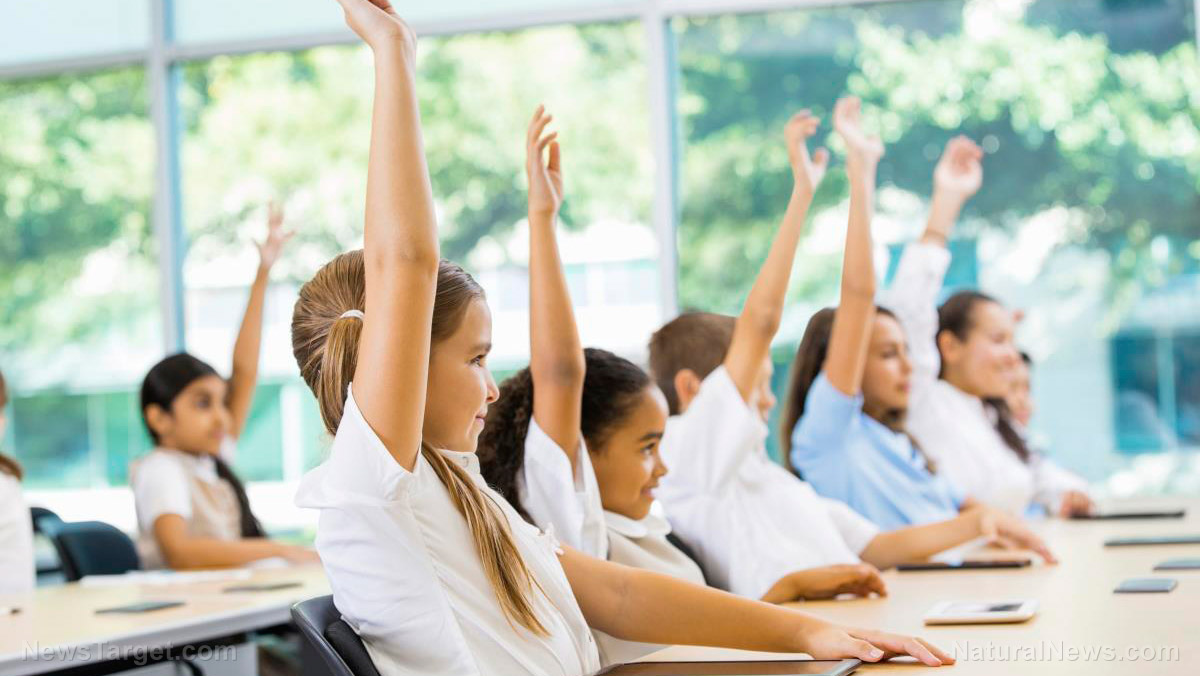 New legislation put forth in California would make it a requirement for public school teachers to indoctrinate their students into the Cult of Climate Change, just like fake medicine (vaccines) are also mandatory.

However, if passed, AB 1922 would require that schools adopt the new climate change coursework no later than the 2021-22 school year, as well as create new duties for school districts. It would also create a state-mandated local program for pushing global warming doctrines on children.

According to Rivas, the legislation is also aimed at propagandizing parents into converting to the religion of climate change. A “study” conducted by “Nature Climate Change,” Rivas told reporters, found that parental concerns over climate change “significantly increased” when their children were already indoctrinated into its tenets at school.

“Government mandated indoctrination has been going on since at least the ’80s,” noted one CBS Local Sacramento commenter in response to this climate change bill’s revealing.

“It gave us cultural relativism, political correctness, and then started in on promoting racial / cultural identity as being the most relevant part of any person. Promoting the fraud of climate change is hardly surprising.”

This same commenter went on to warn that the leftist candidates running for president in 2020 are openly promoting social engineering programs to indoctrinate the masses into climate change dogma.

“Bernie’s folks are already promoting re-education camps for those engaging in wrong-think,” this commenter wrote, referring to the recent revelation that Bernie’s campaign manager wants to implement violence as the solution to climate skepticism.

Global warming is the new idol-god of the deranged left

While claiming to be proponents of separating church from state, today’s leftists sure do love pushing the Church of Climate Change in public schools – a direct violation of the First Amendment to the Constitution, which forbids the making of laws “respecting an establishment of religion.”

By even submitting AB 1922 for consideration, Rivas is attempting to do precisely what the First Amendment explicitly forbids: the creation of a law respecting an establishment of religion.

This is what climate change is, after all: a religion based on faith in the idea that the planet is going to warm itself to death unless we all pay carbon taxes to the globalists, stop eating meat, and murder our potential offspring.

The left is now forcing climate religion on everyone, regardless of the fact that climate proselytizing is no different than any other form of religious proselytizing. Separation of church and state apparently doesn’t apply to mandatory climate evangelization, even though all other forms of evangelization are prohibited on government “education” campuses.

That the left fails or simply refuses to see the egregious irony and hypocrisy of this double standard only further proves that today’s leftists are tried-and-true tyrants who believe they’re above the law when it comes to pushing their beliefs and opinions on others.

Despite what the climate lunatics continue to claim, climate change is not science. It’s pseudoscientific deception based on lies and misinformation, the goal being to eliminate all national sovereignty and merge all nations into one global society run by the climate messiah, who has yet to emerge on the world stage.