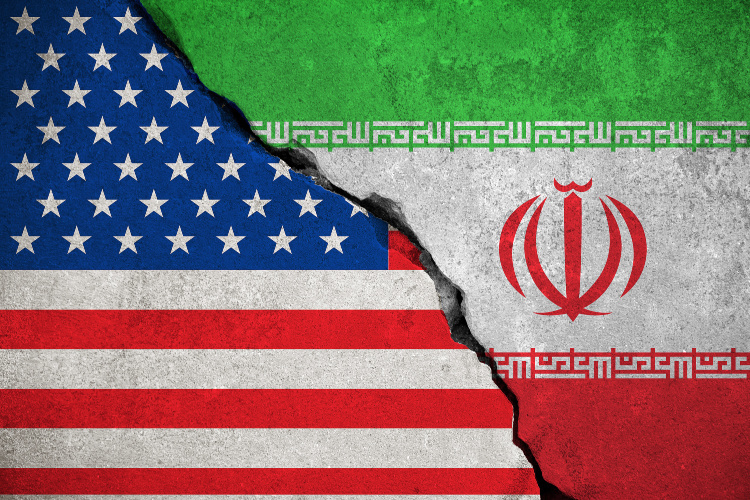 Editor’s note: Brandon is one of those writers who people either love or hate. I don’t always agree with his conclusions but I can never fault his research. I know him to be a good and ethical person.

However, he writes without bias and sometimes the US government doesn’t come up smelling like roses in his analyses. That is offensive to many people. I always welcome civil discussion in the comments. Your argument will hold far more weight if you come armed with facts, not emotions or ad hominem attacks. ~ Daisy

Yesterday morning, the world was alight with news that Qassim Soleimani was assassinated by a US drone outside the Baghdad airport. Here’s some information on the background of this conflict, what happened, and what we can expect.

This assassination was, according to Trump administration officials and hints by the President himself, approved and ordered by Donald Trump. In addition to Soleimani, Abu Mahdi al-Muhandis (aka Jamal Jaafar Ibrahimi) was also killed alongside six other people.

Soleimani was the Iranian commander of the Quds Force while Muhandis was the commander of Ketaib Hezbollah, a militia belonging to the Iraqi Popular Mobilization Forces (PMU).

Although not the first time an American President has ordered an assassination, this is the first publicly acknowledged successful assassination of a high-level official. Defense Secretary Mark T. Esper stated that the Pentagon had taken “decisive defensive action” against Soleimani and stated that the attack was made on the orders of the President. “The game has changed,” Esper said.

Iran’s Supreme Leader Ayatollah Ali Khamenei has vowed revenge as have a number of Iranian generals and politicians, leaving many to wonder just how, when, and where the Iranian response will take place.

Iraq’s Prime Minister Adel Abdul Mahdi condemned the assassination and added that the murder was a breach of the conditions under which the US military operates in Iraq and that Iraq would now have to re-evaluate its relationship with the United States. This essentially means that the Iraqi Parliament may vote to oust US troops from Iraq entirely.

So, as the world awaits further military conflict and responses from Iran, it is important to understand how this all started.

The origins of the conflict

We do not have time in this article for a long history of American intervention in Iraq (invading twice) and Syria (funding terrorists, arming and directing them before eventually invading) resulting in the Iranian entrance into both countries (at the host countries’ request). I will give the readers credit for being knowledgeable on those factors and, for those who are not, I would recommend accessing my books and articles on the topic (BrandonTurbeville.com) as well as books and articles by researchers and journalists in this list.

This most recent chain of events, however, began when the United States claimed that Kataib Hezbollah was responsible for the death of an American contractor and injuring US troops in an attack at a US military in Kirkuk. Neither President nor anyone in his administration offered any evidence that this attack actually took place or that Kataib Hezbollah was responsible for it if it did.

In response, the US ordered airstrikes on 5 facilities in Iraq and Syria that the Pentagon claims were tied to the Kataib Hezbollah. Secretary Esper stated that Trump ordered those attacks. The strikes killed around 24 people.

Two days later, Iraqi protesters of all ethnic and religious varieties took to the streets to demonstrate against the attacks on the militia. Eventually, they broke into the US Embassy compound in Baghdad where they lit fires, threw stones, and sprayed anti-American graffiti on the walls. The embassy itself was not breached but there was fire damage to the walls.

President Trump then ordered over 100 Marines to secure the embassy in Baghdad which they promptly did on New Year’s Eve.

On the morning of January 3, 2020, Americans and the rest of the world awoke to reports that the United States had conducted a drone strike outside the Baghdad airport that killed Iranian General Soleimani and militia commander Muhandis.

This will be considered an act of war.

The strikes against Soleimani are an act of war. They are a violation of international law and yet another expression of American imperialism and the neo-con/neo-liberal doctrine of destroying all nations that do not bow to the Anglo-financier world order. The United States has just assassinated one of the most effective fighters against ISIS in the region.

Kataib Hezbollah is a Shi’ite militia tied to Iran and one that is largely Iranian backed. However, KH is part of the Iraqi PMU, an umbrella organization that controlled and directed by the Iraqi state and which contains around 40 different militias, Sunni, Shi’ite, Christian, and others. The PMU has been one of the prime forces mobilized to defeat ISIS in Iraq, particularly around the Syrian/Iraqi border areas.

Soleimani the famous commander of the Iranian Quds forces that operate outside of Iran. As Moon of Alabama describes him,

Soleiman was responsible for all relations between Iran and political and militant movements outside of Iran. Hajji Qassim advised the Lebanese Hisbullah during the 2006 war against Israel. His support for Iraqi groups enabled them to kick the U.S. invaders out of Iraq. He was the man responsible for, and successful in, defeating the Islamic State in iraq and Syria. In 2015 Soleimani traveled to Moscow and convinced Russia to intervene in Syria. His support for the Houthi in Yemen enabled them to withstand the Saudi attackers.

To be clear, there is no evidence that either KH or Iran had anything to do with the attacks on the US military base. After seventeen years of vicious and horrific occupation, the United States has made many enemies in Iraq, to say the least. To date, the US has offered no evidence or proof of an attack even happening, much less who was responsible. Regardless, it cannot be forgotten that the US military is an occupying force and thus will be met with resistance from time to time; resistance that is undeniably justified. Claiming “defense” in a country you invaded and now occupy is an oxymoron. You cannot “defend yourself” if you are the party who initiated the force to begin with.

Rumors, of course, have been spread that Solemeini was both behind the attacks on the US base as well as on the US Embassy and that he was plotting yet more attacks in the near future. These rumors have their roots in the US State Department, Mossad, and the MSM that they control. One such rumor had Solemeini about to depose the Prime Minister of Iraq, Abdul Mahdi, in a coup. However, the Prime Minister had already resigned as a result of American-backed anti-Iranian protests that have rocked Iraq for several months. The protests were directed against Iranian influence in Iraq and were designed to weaken that influence. They were wholly unlike the protests in Lebanon where the demands were against all foreign influence and domestic corruption. Indeed, Mahdi himself has close ties with Iran so why would Iran be interested in a coup?

It must be said, however, that Trump’s decision to secure the embassy was justified if America and Iraq intend on keeping an embassy in operation in Baghdad. Trump should not be expected to allow another Benghazi-like tragedy on his watch. But the embassy was safeguarded and the issue closed. Anyone who views the storming of an embassy by protesters as an act of war and worthy of assassinations does not understand diplomacy or the point of embassies to begin with.

Here’s where the official story doesn’t hold up.

While it is in the realm of possibility that Soleimeini was aware that protesters were going to storm the embassy, it is highly unlikely that he ordered it to happen, not only because of his status as a field commander but also because he has proven himself to be an amazing strategist time and time again. He would then know a brazen and merely symbolic gesture would have little gain and so much risk.

In the aftermath of the assassination, even some Lebanese generals took to Twitter to contradict Secretary of State Mike Pompeo’s claims that Soleimeni was planning an attack on American occupying forces.

Interestingly enough, Lindsey Graham seems to have admitted that Soleimeini was not behind the storming of the embassy when he tweeted that the assassination was not “an act of revenge for what he had done in the past” but “a pre-emptive defensive strike designed to take out the organizer of attacks yet to come.” Again, only neo-cons like Graham could ever argue that America is defending itself in Iraq or Syria.

It is thus important to point out that the original accusation against Soleimeini was that he had killed Americans. Quickly, when no dead Americans could be produced that could be attributed to Soleimeini, the story becomes “he was planning to kill Americans.”

It cannot go without mentioning that the assassination was not an entirely American affair. Israel provided the US with the coordinates and whereabouts of Soleimeini in order to conduct the strikes. Israel, of course, hid behind the US, letting the US do the dirty work, take the risk, and absorb all the responses from Iran and the world community while Israel reaps all the benefits of one of its most effective nemeses being buried six feet under.

It is best never to anger Israel. It will fight with the best hardware America has to offer and to the very last drop of American blood.

So what happens now?

The plan for a Western or a Western/Israeli attack on Iran, along with the theatre of alleged US-Israeli tensions leading up to a strike and outright war, has been in the works for some time. For instance, in 2009, the Brookings Institution, a major banking, corporate, and military-industrial firm, released a report entitled “Which Path To Persia? Options For A New American Strategy For Iran,” in which the authors mapped out a plan which leaves no doubt as to the ultimate desire from the Western financier, corporate, and governing classes.