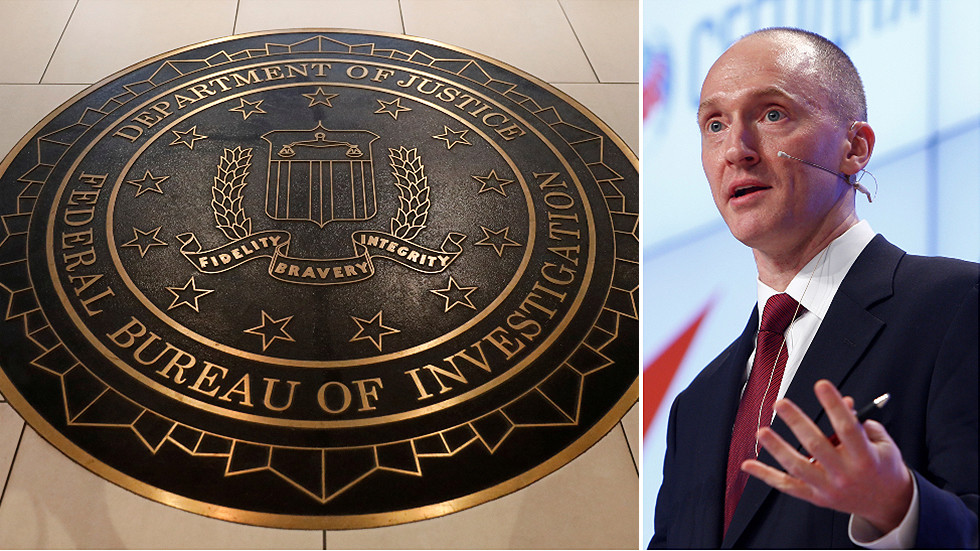 The top US spy court has revealed that at least two of the four warrants for spying on a Trump campaign adviser are now considered to have been improperly obtained, and all information gained from them is being restricted.

FBI applications under the Federal Intelligence Surveillance Act (FISA) described Carter Page as a foreign agent in order to spy on his communications during and after the 2016 presidential campaign. Thanks to the “two hop” rule for these warrants, the spying could have extended to the entire campaign as well as President Donald Trump himself.

In a January 7 ruling declassified on Thursday, however, FISA court presiding judge James Boasberg revealed that the Department of Justice now believes “there was insufficient predication to establish probable cause to believe that Page was acting as an agent of a foreign power” in at least two of the four warrants – and is treating information obtained from all of them as potentially tainted.

The false FISA applications on Carter Page that were just declared invalid by the FISA court were signed by James Comey, Andrew McCabe, Rod Rosenstein, and Dana Boente.

Their misconduct may result in Mueller’s entire investigation being nullified. https://t.co/XIIVBKf7XI

Boasberg’s ruling demanding a report on the status of DOJ efforts to “sequester” the information containing the docket numbers for the two applications. The Federalist identified them as documents signed personally by FBI Director James Comey on April 7 and Acting FBI Director Andrew McCabe on June 29, 2017.

All of the applications relied heavily on the ‘Steele Dossier,’ a dubious document alleging Trump’s “collusion” with Russia that was paid for by the Hillary Clinton campaign – a fact that the FBI did not properly disclose to the FISA courts. In a report published last month, the DOJ inspector general said its investigation found 17 errors and omissions in the Page FISA applications. A criminal probe into the FBI’s handling of the ‘Crossfire Hurricane’ investigation of Trump, run by US attorney John Durham, is still pending.

The lack of validity of the extension application signed by McCabe has possible implications for prosecutions by Special Counsel Robert Mueller and his team, because they had access to five months of that information and may have used it in going after former Trump campaign manager Paul Manafort or former national security adviser Michael Flynn, for example.

Mueller was appointed in May 2017, after Democrats accused Trump of “obstructing” the FBI probe into his alleged Kremlin ties by firing Comey. His final report, however, found no “collusion” between Trump and Russia and stopped short of obstruction charges. As a result, Democrat efforts to impeach Trump shifted to his relations with the new government in Ukraine instead.