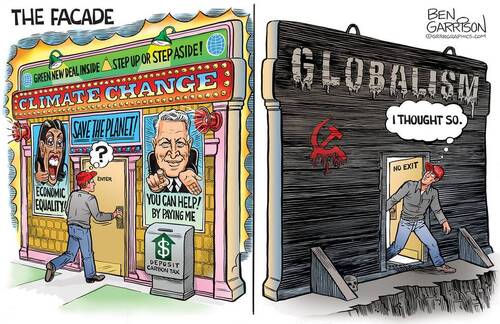 The environmental extremists continue to chant their monotonous mantra about the “existential threat” of man-made global warming, or climate change. Indeed, the climate is changing, and it has been changing for nearly four billion years. They recently began using an (apparently autistic) teenager as their spokes-mouth. Like all leftists they talk a good line, assuring us that they care deeply for wildlife, nature, clean air and water, etc. But it has long been obvious that their pretended concern for the environment is merely a cover for their real agenda, which is the impoverishment, enslavement, and eventual extermination of the human race. They are the ultimate “againsters,” people who pretend to be in favor of some noble-sounding cause, but who are really not for anything, only against.

I confess, like many of their rank and file followers, I used to believe their beautiful lie, even joining the Sierra Club until I gradually became disillusioned with them. Even today I have a fondness for mass transit and feel that, as long as we have cities, it would be better if they were more compact; less urban sprawl would mean paving over less farmland. And I think both the US and the world in general would be better off with fewer people. But no one has the right to dictate to others how they should live, and the Earth can sustain the seven billion plus people now crowding onto it, and, in any event, birthrates are dropping.

In fact, in First World countries, birthrates have dropped too far, and are below the replacement rate. The Japanese are a dying race, as are the Russians. After working for many years as a welfare eligibility worker, watching our tax dollars fund the breeding of a class of multi-generational parasites, I can almost see the point of eugenics; I’ve often thought that it might be a good idea to require that people submit to sterilization as a requirement to get welfare benefits. But there is no need, and no one has the right, to forcibly sterilize people or to target certain races. And abortion is the most monstrous evil of our time.

The true nature of the leftists’ obsession can be seen in their abortion agenda; they have butchered some sixty million babies in the US alone; worldwide, abortion is the leading cause of death. Their Glibett (GLBT) agenda serves to lower birth rates and increase death rates, and the indoctrination of school children has gone from merely insanely evil to outright demonic, with even vampirism now being portrayed as wholesome and normal, and grotesque drag queens read to children in our public libraries. 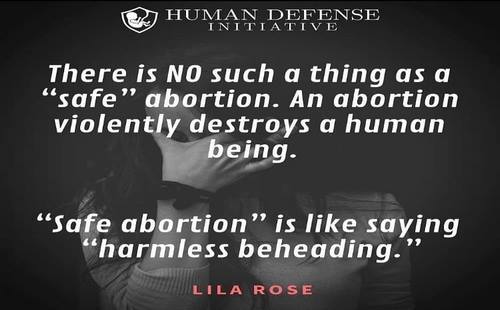 The UN Wildlands maps show the US and other countries with most of the land off limits to human use, even for farming and watershed, meaning that the remnant human population would be packed into dysfunctional cities to die of hunger, thirst, disease, and violence. No US President or leading Congress critter has ever spoken out against this. These are the same elites who have repeatedly called for a sudden and drastic reduction in the human population. These are the same people who peddle ineffective and downright dangerous vaccines, and give multiple vaccines at once to infants.

They have pushed us to use toxic statin drugs, and preached the life-giving benefits of canola oil and artificially hydrogenated margarine and shortening, substances our bodies are not designed to metabolize. And most of the chemotherapy they use to “treat” cancer does little or no good and much harm. Ever notice how many drug commercials are on TV? Almost none of them even claim to cure anything; they “treat” various illnesses and conditions, keeping people sick and slowly dying and dependent on the expensive drugs.

For years the EPA, the Army Corps of Engineers, and the BLM have sued or even arrested property owners, especially in rural areas, for “crimes” against “endangered” species or “wetlands.” People have lost their ranches, farms, and homes, been hounded mercilessly and bankrupted by fines and legal fees, or even been railroaded into prison. A temporary puddle of water can be designated a “wetland” by these arrogant fascists. This is really an attack on the serfs in flyover country, and a deliberate assault on property rights. The communist (fascist) elites clamor for the end of private property…meaning our property, not theirs.

These same elites call for alternative, “green” energy (meaning wind and solar) to be developed, subsidized by us taxpayers. Yet wind and solar are expensive and unreliable. Technology continues to advance, almost always due to the efforts of the private sector, including small start-up companies, but the elites build costly, worthless solar power towers to make themselves look good to green voters, and to provide lucrative contracts to companies that just happen to donate to their campaigns.

A case in point is Solyndra, a company that developed copper-indium-gallium-selenide solar cells as a cheaper alternative to conventional silicon cells, but then was bankrupted when another company developed even cheaper conventional cells. There was nothing wrong with Solyndra’s efforts, except that they received $535 million of our tax dollars, after George Kaiser’s foundation donated to the campaign of Hussein Obama. Kaiser had invested in Solyndra. Solar power may eventually become competitive…but not due to government mandates and subsidies.

These same elites never support nuclear power, even though now there are inherently safe reactor designs that cannot meltdown. Even the nuclear waste problem is actually caused by the econazis themselves, for they oppose reprocessing the waste and they oppose storage of the little solid waste that would remain deep underground. Inherently safe molten salt thorium breeder reactors could produce much of our power for many decades, but not if the greenies have their way. And they want to end fracking and deprive us of essential oil and clean natural gas, and they want to ban coal, which could provide much of our energy needs. There are clean coal technologies whose only “pollution” is the dreaded plant food, CO2. Earth’s atmospheric CO2 levels are much lower that during most of our planet’s history, and more CO2 would stimulate plant growth and make Earth greener…the last thing the greenies really want. 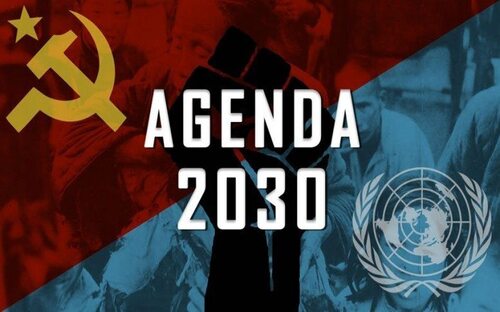 Ecofascist forestry practices have done untold harm. The greenies forbade controlled burns for decades, and still oppose even selective and limited logging in many areas, as well as mechanical thinning of underbrush in national parks and wilderness areas and even in and near urban areas. This buildup of biomass predictably led to the disastrous Yellowstone fire, as well as many property and human life destroying fires in California and elsewhere.

It also has contributed to the spread of bark beetles, which destroy trees. In addition, these policies have virtually shut down the logging industry in many areas of the US, putting businessmen and loggers out of work out there in flyover country, but hey, most of those peasants were Trump supporters. And America’s less competitive logging industry has led to more uncontrolled harvesting of rainforest trees in countries that do not observe environmental safeguards or do replanting.

Of course, ecofascists are of the left, and the left supports unlimited immigration (as do Chamber of Commerce Republicans). The immigrants have swelled our population, necessitating more energy production and causing more traffic and pollution. Illegal immigrants have set forest fires and have left trails of schiff and garbage on their trek northward from the border.

The leftists’ focus on imaginary global warming has diverted attention from the very real problem of water pollution, a problem exacerbated by our growing population of immigrants, both legal and illegal…more people means more sewage. And banning plastic straws in the US will have no effect on the growing mass of plastic in our oceans; most of this comes from China, India, Southeast Asia, and Africa. Banning plastic straws is just another typical leftist “feel good” scheme, making leftist politicians look good to their useful idiot followers and allowing the useful idiots to feel virtuous, while accomplishing precisely nothing.

Most the above, although it bears repeating, I have covered in a previous article. But now the homeless problem in our cities has exploded into a crisis. Immigration (supported by the greenies) has increased the housing shortage, and most of our illicit drugs come from or through Mexico; even Mexican and Central American street gangs are proliferating in our “sanctuary” cities controlled by Demoncraps.

Unfortunately, there is no sanctuary for our own citizens, and most of the low-life vagrants labeled “homeless” are drug addicts. The leftists have legalized crime, making the cities they control unlivable for honest citizens, and garbage and human schiff are piling up in the streets. Third World diseases, many brought in by immigrants, are spreading, and the schiff is washed down into rivers and into the ocean. Increasingly, California coastal waters are polluted so that swimming and fishing are not advisable. But at least the “compassionate” leftists can feel good about themselves…and that’s what matters.