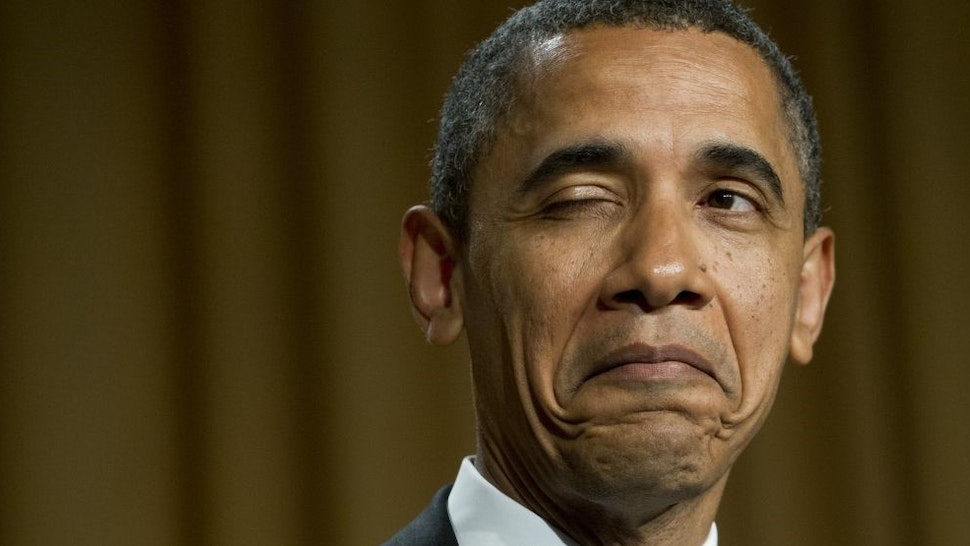 “The Administration has conducted tonight’s strikes in Iraq targeting high-level Iranian military officials and killing Iranian Quds Force Commander Qasem Soleimani without an Authorization for Use of Military Force (AUMF) against Iran. Further, this action was taken without the consultation of the Congress,” she said Thursday night in a statement.

She also said “The full Congress must be immediately briefed on this serious situation and on the next steps under consideration by the Administration, including the significant escalation of the deployment of additional troops to the region.”

But Trump’s predecessor, Barack Obama, launched more than 2,800 on Iraq and Syria without congressional approval.

“The U.S. military has been conducting strikes in Iraq for 10 months, and began striking directly at targets in Syria last September as part of Mr. Obama’s announced campaign to degrade the capabilities of the Islamic State,” The Washington Times reported in April 2015.

This past weekend’s attacks brought the total to 1,458 strikes in Iraq and 1,343 in Syria by U.S. forces. Coalition forces allied with the U.S. have conducted another 655 attacks on Iraqi targets and 95 in Syria.

Some lawmakers on Capitol Hill have said Mr. Obama is stretching those laws and that the strikes could be illegal — though they say they want to put them on firm footing by passing a new authorization.

What’s more, there were “ten times more air strikes in the covert war on terror during President Barack Obama’s presidency than under his predecessor, George W. Bush,” the Bureau for Investigative Journalism reported in 2017.

Obama embraced the US drone programme, overseeing more strikes in his first year than Bush carried out during his entire presidency. A total of 563 strikes, largely by drones, targeted Pakistan, Somalia and Yemen during Obama’s two terms, compared to 57 strikes under Bush. Between 384 and 807 civilians were killed in those countries, according to reports logged by the Bureau.

And there’s still more. One week after the Sept. 11, 2001, terrorist attacks that killed more than 3,000 people, Congress passed the Authorization for Use of Military Force (AUMF) that lets the president pursue and take out those responsible for the attacks, plus any “associated forces.”

In 2014, the New York Times reported that Obama had authority under the AUMF. In a piece headlined “Obama Sees Iraq Resolution as a Legal Basis for Airstrikes, Official Says,” the Times said: “The White House believes that Congress’s 2002 authorization of the Iraq war — and not just the 2001 authorization to fight Al Qaeda — provides a legal justification for President Obama’s air campaign against the Islamic State in Iraq and Syria, the Obama administration said Friday.” THe Times continued:

By claiming statutory authority, the administration sidestepped the War Powers Resolution, which requires deployments into hostilities to end after 60 days if Congress has not signed off. But public and background briefings for reporters this week mentioned only the 9/11 Authorization for the Use of Military Force, or A.U.M.F., and not the Iraq authorization, as did a statement the White House released after Mr. Obama’s speech.