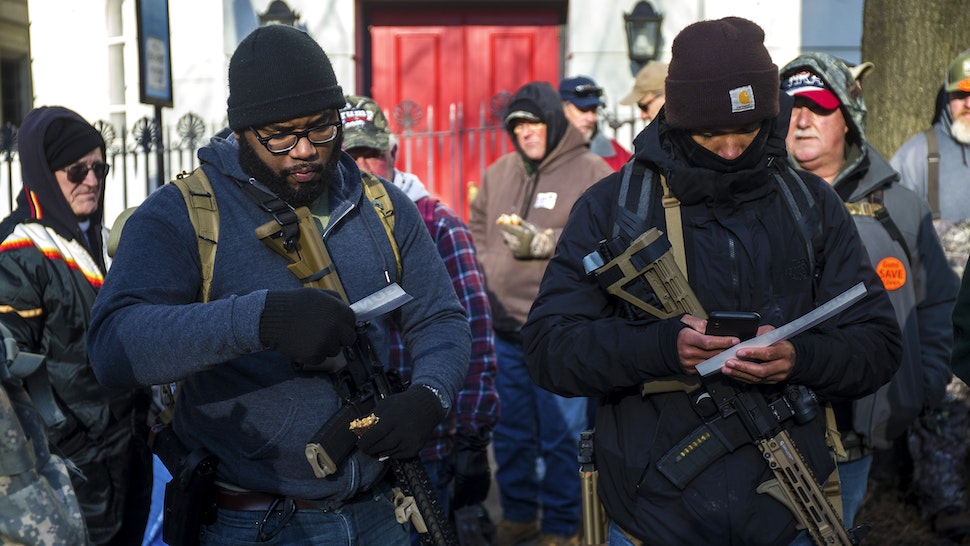 The leftist American mainstream media tried to cast Monday’s pro-Second Amendment rally in Richmond, Virginia, as a white supremacist event that only extremists were planning on attending.

It turned out that entire narrative was widely false.

There were approximately 22,000 pro-freedom activists that showed up; the event concluded with no reported incidents occurring and only one arrest being made — a female who police say repeatedly ignored their warnings to remove a mask that she was wearing.

It is not clear if the person who was arrested, who was later released, was even a part of the pro-gun crowd or if she was part of the The Revolutionary Communist Party, whom Getty Images reported were the only counter protesters who attended.

NBC News’ report comes after a leftist NBC News reporter falsely smeared gun owners ahead of the event by attempting to frame the narrative by claiming that the event was a “white nationalist rally.”

Ben Collins has deleted his tweet that smeared the many good gun owners who will show up to Richmond tomorrow to advocate for their Second Amendment rights. pic.twitter.com/uK2aXeXj8n

NewsBusters Managing Editor Curtis Houck tweeted out a video clip that showed the numerous false and deceptive statements that were made by far-left cable news networks CNN and MSNBC.

#NEW MONTAGE from me showing how @CNN and @MSNBC spent their mornings hyping fears that "white nationalists" and "extremists" would cause "violence" at #VirginiaRally for the #2A like in 2017 at Charlottesville #LobbyDay2020 pic.twitter.com/wR91mMPfmR

The rally was held in response to Virginia Democrats’ extremist proposals seeking to destroy the freedoms of law-abiding citizens in the state.

The media tried to claim that the event was going to be attended by angry white conservative men and that violence was likely to break out, neither of which materialized.

Members of the LGBT community, Democrats, and gay rights supporters attended the event, declaring that “Gun Rights Are Gay Rights.”