On January 28, 2018, Adam Schiff presented his lie-filled memo entitled “Correcting the Record-The Russia Investigation.” It was a memo that was disseminated to all the media and progressive socialists that was an attempt to defend the deceptive tactics used by the FBI to obtain a warrant on Carter Page, and from there, the entire Trump campaign. The information that has come forward since then has proven that the memo was basically false and contradicted the truth that has been shown.

It was nothing more than a smear campaign of his predecessor, Republican Rep. Devin Nines. His lies even went so far as to try to remove Rep. Nunes from being the chairman of the House Intelligence Committee. The memo was meant to perform two services for the lying Adam Schiff. One was to discredit Chairman Nunes, and the second was to claim that the manipulation and lies sent to the Foreign Intelligence Surveillance Court were lies to facilitate the illegal spying on the Trump campaign.

It has since been proven that Christopher Steele was in contact with top FBI officials well before Adam Schiff claimed and showed the bias and motivations of Christopher Steel had for candidate Trump. Adam Schiff neglected to mention that Bruce Ohr met with Steele on July 30, 2016. Also, at the meeting was Nellie Ohr, who had been hired by Fusion GPS head Glen Simpson in late 2015. The next day, July 31, Bruce Ohr met with Deputy Director Andrew McCabe and Lisa Page.

He was referred to Peter Strozk, who was a crucial figure in the Trump- Russia collusion hoax. In August Ohr briefed Senior Justice Officials including the Steele dossier to Andrew Weissman, a soon to be member of the Mueller witchhunt. A portion of the memo that Adam Schiff fabricated mischaracterized the dates and significance of the meetings described, and the media made full use of the lies in the Schiff memo. None of this was corrected until Bruce Ohr’s testimony proved that Schiff was lying. In typical Adam Schiff, there has never been any explanation for the lies he put forth. 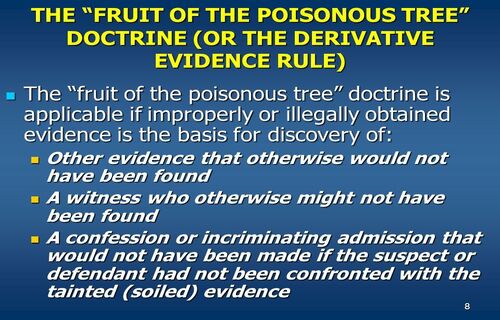 Another lie in the Schiff memo was the claim that magazine articles such as a Yahoo news article by Michal Isikoff was independently corroborated and was not provided the information in the Steele dossier by Steele. Isikoff has confirmed that a meeting between Isikoff, Steele, and Glenn Simpson from Fusion GPS was the impetus for the story. Schiff should amend his memo, and publically apologize for misleading the American public.

Another lie in the Shiff memo was that the FBI “independently corroborated” that Carter Page had traveled to Moscow in July 2016 to meet with two Putin associated and was offered bribes to work to ease sanctions that the U.S. has implemented. This lie was never mentioned in the Mueller report. To this day, and after all the lies and smears that pencil-neck Schiff pushed to the American public about Carter Page, no charges against Carter Page have ever been filed.

Never explained by the ethically challenged Adam Schiff was his meeting in Aspen with Fusion GPS founder Glenn Simpson. Simpson was an integral witness in the House Intelligence Committee, whose chairman was Adam Schiff. It was supposedly a brief meeting and did not discuss the investigation. Because of a photo taken in Aspen, Schiff could not hide the meeting. Never explained was Simpson, who is at the heart of the Steele dossier that was used to go directly after Carter Page with a lie and was used in the quest of Adam Schiff to find any semblance of collusion. It is now known that Glenn Simpson lied to Congress about his meeting with DOJ official Bruce Ohr. What did Schiff know about that?

When Schiff was made the chairman of the House Intelligence Committee in November 2018, his first act shut down all the investigations into the fraud and innuendo that were a part of the FISA warrant. It was Schiff, as chairman of the House Intelligence Committee, who went to great lengths to hide the fact the Fusion GPS was hired through a law firm at the direction of the Hillary Clinton campaign and the Democratic National Committee. Pencil neck Adam Schiff went out of his way to obstruct the investigation to identify the funding. It took going to court to get the information that Adam Schiff was trying to hide. In an unprecedented move, Schiff even went further and asked Glenn Simpson about his suggestions of where the investigation should go. It is informative that the chairman of the investigation would ask for direction from a biased witness who had lied to Congress, being paid by Schiff’s party to collect unverified opposition research.

The media, complicit with the progressive socialist talking points, have since March of 2017 have continually pushed the talking points of Adam Schiff about there being “more than circumstantial evidence now.” He stopped mentioning this only when the Senate House Intelligence has shown publicly, that no evidence had been found. They are now attempting to zero in supposed financial dealings in the Trump family. Once again, Schiff has worked with Glenn Simpson, that was an integral part of the Trump-Russia collusion hoax.

Schiff, throughout that Russian hoax, has smeared innocent men and women of being Russian agents. He lied about calls before the Trump tower meeting that Don Jr. made. Schiff lied about the FBI probe that was based on the Steele dossier. He lied about Trump’s lawyer Michael Cohen being told by President Trump to lie. 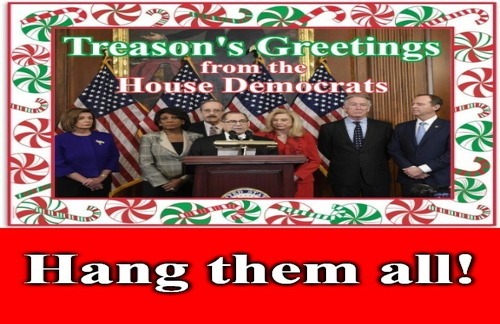 The Russian collusion hoax is primarily based on the fact that the hacked e-mails that were put out through Wikipedia were hacked by the Russians. The only sign that this was true was an investigation by a third-party investigator, and Adam Schiff can not show a link between Trump and the hacking. Even the 13 Russians that were indicted and will never see the inside of a courtroom do not show any corroboration between anyone in the Trump campaign.

General Flynn was indicted on a process crime that even the FBI agents who interviewed Gen. Flynn said that Gen. Flynn did not lie contrary to Schiffs assertions. It is Adam Schiff who can not see what is plain sight and uses his self serving lies to mislead the American people. Gen. Flynn was the incoming administration’s national security advisor and had every right to discuss with a foreign counterpart regarding sanction.

We can not take whatever Adam Schiff says at face value owing to the massive amount of leaks that Schiff leaked during the hearings. Nor can we ignore the classified information that Schiff intentionally placed in his memo so that he could whine about being silenced when the information was redacted for being a danger to national security.

Adam Schiff has yet to explain why he met with Michael Cohen for 10 hours before his testimony before Schiff’s committee. Cohen admitted that they discussed topics that were to be raised in the hearing. The question then becomes, did Schiff coach Cohen to get the answers he was looking for? Patrick Boland, a Schiff schill, declared that there was nothing nefarious about the meeting with Cohen and said Schiff welcomed the opportunity to meet with potential witnesses to determine relevant topics to cover to make productive use of their time. It also informed Schiff to go to the media, “This Week with George Stephanopoulos,” to say he expected Cohen to disclose alleged crimes, including money laundering and obstruction of justice. This boils down to demanding what a witness will say, an actual obstruction of justice that deserves to be prosecuted.

When the conservatives take the House back in the next election, there will be a possibility to have some questions answered. The House Ethics committee should push for an investigation of Adam Schiff for witness tampering, obstruction of justice, illegal leaks of non-public information misleading Congress, and character assassination of Devin Nunes.

#sjspecialist John Veliseks’ new book “One Patriots Opinion- for the Forgotten Men and Women of America” is now available on Kindle/Nook. Patriots! It is time to fight back.https://www.amazon.com/One-Patriots-Opinion-Forgotten-America-ebook/dp/B07KRW56SB