While looking for a news story to write, quite often the ‘breadcrumbs’ that become the ‘main course’ are laid out steadily before us and this story is no exception after a whole bunch of stories came out in a row over the past day+ from msm and independent news sources that lined up ominously and screamed of danger ahead.

The first story from Darrin McBreen over at Infowars titled “WARNING! STAGE SET FOR TRUMP ASSASSINATION: Could the Deep State use threats from Iran to complete their coup against President Trump?” laid out a scenario that ‘the establishment’ may very well be planning to use right now to carry out ‘the perfect false flag’ to ‘bury President Trump’, quite literally, with an $80 million Iran bounty allegedly now on President Trump’s head.

While we’ll explore that story much further in the next section below, the 2nd story also at Infowars reports that a network of ‘deep state moles’ has been discovered, STILL working out of President Trump’s State Department, working not only to undermine President Trump and his ‘America-First’ agenda but putting ALL Americans in danger by continuing to use a Barack Obama/Hillary Clinton era group and program designed to fight ‘disinformation, propaganda and fake news’ across the globe, a group that was 1st used to foment dissent and Civil War in the Ukraine in 2013.

With Hillary Clinton running the US State Department under Barack Obama from 2009 to 2013, during the time when that Obama-era group/program called ‘TechCamp’ was being used to push Democrat/Hillary propaganda, and that ‘rogue group’ still being active within the US State Department today, we get absolute proof of ‘enemies of America within’ President Trump’s government as we’ll also explore more below.

And with leftists here in America joining Iran in calling for President Trump’s head, labeling President Trump’s actions in killing Soleimani ‘war crimes’ and further giving sympathy to our enemies as John C. Velisek pointed out in this January 4th ANP story, Darrin McBreen’s warning shared below takes on greater urgency with so many who truly hate President Trump now in such close proximity to him, having access to classified/restricted information and desperate to stop their own treasonous activities from being exposed.

As Red State reported in this January 7th story that confirms our warning above, Elizabeth Vaughn reports that in a July of 2018 speech, now-dead Iranian General Qassam Soleimani bluntly stated to President Trump: “‘I’m telling you that we are close to you, exactly where you wouldn’t think that we are’”. How about the US State Department? Are they even closer? It’s clear the ‘enemies of America’ are within. So please join us in praying for God’s protection of President Trump and America in the days, weeks, months and, hopefully, years ahead. 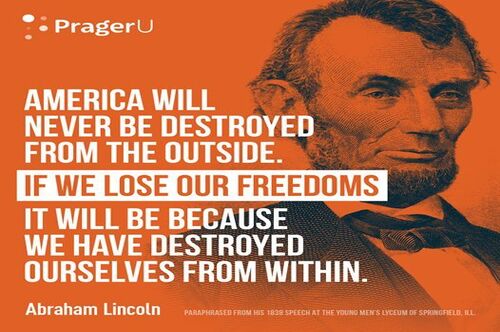 And as J.D. Heyes reported in this story over at Natural News, while President, Barack Obama gave 2,500 Iranians US citizenship as part of the nuclear deal with Iran. “Sleeper cell President?” Heyes asked. With Iranian sleeper cells long embedded across the country according to testimony by experts before Congress, did Obama set America up for a fall?

As we mentioned briefly in the section above, with many who truly hate President Trump likely still having high level security clearances and Soliemani having confirmed that Iranian ‘assets’ were even close to President Trump, and now an $80 million bounty on President Trump’s head being placed by Iran, the absolutely perfect false flag scenario has been presented to the Democrats/globalists to take down President Trump, blaming it upon Iran, to get America into World War 3. While getting themselves out of the mess they are in! And all in one fell swoop? This must-read extended excerpt from Darrin McBreen’s important story over at Infowars as also heard in the 1st video at the bottom of this story.: