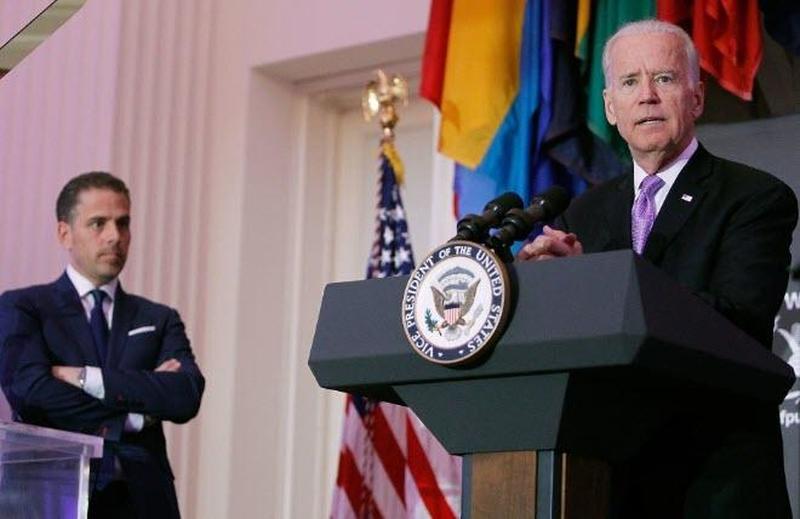 Color us skeptical, alt-right, conspiracy-wonk, Putin-puppets; but the transparency and timing of tonight’s “bombshell” report from The New York Times of an ‘alleged’ hacking by ‘allegedly’ Russian hackers of Burisma – the Ukrainian energy firm that VP Biden’s crack-smoking, energy-ignorant son was paid $50,000 per month as a board member – reeks so strongly of foundational narrative-building for something “embarrassing” that is coming, it is stunning just how dumb the deep state must think the American public really is. Actually, maybe not all that stunning.

According to Area 1, the Silicon Valley security firm that detected the hacking, Russian hackers from a military intelligence unit known formerly as the G.R.U., and to private researchers by the alias “Fancy Bear,” used so-called phishing emails that appear designed to steal usernames and passwords, to gain access to Burisma’s network.

Oren Falkowitz, a co-founder of Area 1, and previously a hacker at the National Security Agency, proclaimed in the report that “the attacks were successful,” even though it is unknown what the alleged hackers were attempting to discover.

“The timing of the Russian campaign mirrors the G.R.U. hacks we saw in 2016 against the D.N.C. and John Podesta,” the Clinton campaign chairman, Mr. Falkowitz said.

“Once again, they are stealing email credentials, in what we can only assume is a repeat of Russian interference in the last election.”

As The Mercury News reported, over the summer, Area 1 persuaded the Federal Election Commission to allow it to provide low-cost services to political campaigns, which would typically be a violation of rules designed to prevent businesses from currying political favor.

Additionally, and coming as no surprise to many, Mr. Falkowitz is a significant donor to Democrats; and even more intriguing, the company’s CSO – Blacke Darche – also worked at the NSA and most notably, Crowdstrike.

While NYT admits it is not yet clear what the hackers found, or precisely what they were searching for, that did not stop them speculating, based on more anonymous sources.

The Times, citing an American security official, who spoke on the condition of anonymity to discuss sensitive intelligence, claiming – without any proof – that the Russian attacks on Burisma appear to be running parallel to an effort by Russian spies in Ukraine to dig up information in the analog world that could embarrass the Bidens. The spies, the official said, are trying to penetrate Burisma and working sources in the Ukrainian government in search of emails, financial records and legal documents.

So-called “experts” reportedly claim the timing and scale of the attacks suggest that the Russians could be searching for potentially embarrassing material on the Bidens – the same kind of information that Mr. Trump wanted from Ukraine when he pressed for an investigation of the Bidens and Burisma, setting off a chain of events that led to his farcical impeachment.

The New York Times, thoughtfully asks Andrew Bates, a spokesman for the Biden campaign, what his thoughts are on the entirely unfounded story. His response is unsurprising to say the least…

“Donald Trump tried to coerce Ukraine into lying about Joe Biden and a major bipartisan, international anti-corruption victory because he recognized that he can’t beat the vice president.”

“Now we know that Vladimir Putin also sees Joe Biden as a threat.”

“Any American president who had not repeatedly encouraged foreign interventions of this kind would immediately condemn this attack on the sovereignty of our elections.”

Oh we are sure Putin is terrified of Biden!?

And the icing on the cake from the New York Times reporters, to ensure the dumbfounded reader is completely clear on what just happened (without any shadow of a doubt)…