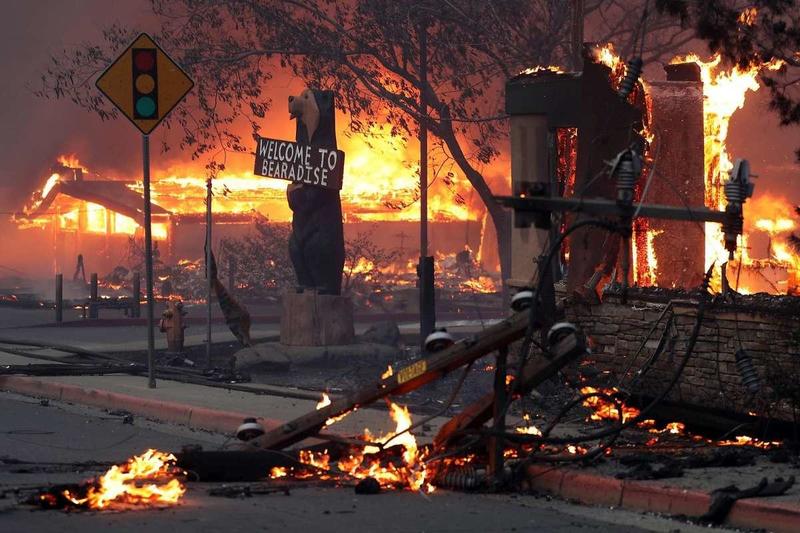 The Federal Emergency Management Agency (FEMA) is prepared to bill California wildfire victims to recover a portion of some $4 billion it says it’s owed by Pacific Gas & Electric Co. (PG&E), in the event the debt isn’t resolved under the utility’s bankruptcy case, according to the San Francisco Chronicle.

The reimbursement would cover costs from the government’s response to fires in 2015, 2017 and 2018. According to the report, any payment to FEMA would have to come from the company’s $13.5 billion allocation intended to settle claims from fire victims. FEMA’s claim would consume around 30% of the settlement. Victims’ lawyers are now battleing the agency, which told the Chronicle that it is compelled to first seek reimbursement from the utility – otherwise “individual victims would be on the hook if they get settlement money that duplicates funds already paid by the federal government,” according to the report, citing FEMA regional administrator Bob Fenton.

FEMA has “no interest” in reducing the amount of settlement funds made available to fire victims, said Fenton.

“What we are interested in doing is holding PG&E responsible and accountable for the billions of dollars taxpayers provided to assist individuals and communities affected by the wildfires,” he added. “The last thing I want to do is have to go after these individuals that have received claims from the bankruptcy where certain parts of that claim may duplicate funding that we’ve already given them. … It’s much easier up front to go ahead and simply deal with PG&E directly.”

As we have noted, PG&E’s latest bankruptcy – the second in two decades – has been a total mess, with US Bankruptcy Judge Dennis Montali stripping the utility of exclusive control over its recovery process as the utility attempts to modernize its infrastructure and battle annual fires.

After filing for bankruptcy one year ago this month, the company won court approval to deal with victims’ attorneys, as well as a separate $11 billion settlement to deal with insurance company claims.

That said, the company needs to meet several requirements to move forward with the rest of their case – including the formulation of a broader bankruptcy exit plan.

FEMA has asserted about $3.9 billion in bankruptcy claims against PG&E because of the 2015 Butte Fire, the 2017 wildfires in Wine Country and the 2018 Camp Fire. Court papers show that only about $282 million of the total relates to individual assistance FEMA gave to victims of the disasters — the rest is for aid provided to other government agencies and administrative costs.

The maximum amount of funding FEMA could possibly seek to recoup from individual victims would be even less than $282 million, according to FEMA spokesman David Passey. He said the individual assistance figure includes nonfinancial help, such as temporary housing, that the agency provided to disaster victims and would not try to recoup. –San Francisco Chronicle

In response to FEMA’s attempt to recover money from PG&E, 40 Congressional Democrats criticized the agency in a sharply worded letter claiming that the $4 billion sought “puts at risk the possibility that the thousands of families still struggling to rebuild their lives will not receive the restitution they deserve,” adding that the “inequality of this situation is evident.”