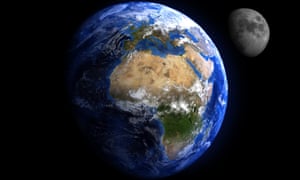 Absent historical context, extreme weather can be overhyped in ways that lead uninformed voters to conclude that acts of God such as severe droughts and floods never happened before humans began using fossil fuels.

In fact, extreme weather has occurred with monotonous regularity for millions of years.  Below is an infinitesimal sampling of the endless multitude of catastrophic weather events in Earth’s past, many of which occurred long before the Industrial Revolution.

● Epic dust storms in the 1930s caused catastrophic ecological damage to the Central Plains of the U.S. and Canada.

● Consecutive years of extreme weather took the lives of one-third of the population during the Russian Famine of 1601-1603.

● In 1927, weeks of heavy rains in Mississippi caused flooding that covered 27,000 square miles, leaving entire towns and surrounding countryside submerged up to a depth of 30 feet.

● The Blizzard of 1888 was so extreme that snow and ice covered the entire northeastern U.S., from Maine to the Chesapeake Bay.

● Caused by a protracted drought, the Bengal Famine of 1770 killed 10 million people in South Asia.

● And, for those who believe in the Bible, Genesis 7:12 reports that rain fell upon the earth for 40 days and 40 nights, an extreme weather event by any definition.

What you’ve just read is a tiny slice of Earth’s turbulent climate history that global warming doomsayers hope voters will never know.  And, because there’s an agenda behind climate hysteria that has nothing to do with “saving the planet” – I wrote about that agenda here — there’s not much they won’t do to truck voters to believe that global warming is causing the environment to fall apart at the seams.  They even changed the name of the alleged threat.

When the accelerated warming trend that began in the 1980s ran out of steam in 1997, what would become an extended leveling-off period set in.  Instead of acknowledging their dire predictions of unstoppable rising temperatures were embarrassingly wrong, climate doomsayers came up with a new tag for the alleged threat.  What was once referred to almost exclusively as “global warming” was quietly given an alter ego: “climate change.”  Since global temperatures were in a virtual flatline, claims of cataclysmic warming were no longer believable.  Rather than admitting they were wrong and looking for another way to destroy capitalism, the doomsayers simply switched gears, and invented a clever new trick to frighten voters with terrifying scenarios of imminent environmental calamity.  Since runaway warming wasn’t happening, they concocted the specious narrative that extreme weather events, every one of them, are caused by, you guessed it: climate change.  Almost overnight, climate change was made the scapegoat for every severe hurricane, drought, flood, heat wave and blizzard that appeared, as if such unpleasant things had never before occurred.  Following is a prime example.

Climate doomsayers would have you believe extreme weather events were as scarce as hen’s teeth before humans began burning fossil fuels.  At no time has that centerpiece of environmental propaganda been more cynically exploited than during the California drought of 2011-15.  With eager assistance from a politicized western media, Californians were led to believe the drought was the worst the state had ever seen, so bad that it might never end, turning California into an uninhabitable desert wasteland.

Worst drought the state had ever seen? Not by a long shot.

Here’s an undeniable part of California’s drought history the doomsayers try to hide at all costs. Studies of tree rings, sediment and other natural evidence have documented multiple extreme droughts in what is now California over the last 1,000+ years, including several that lasted more than 20 years — that’s four times longer than the relatively puny 5-year drought of 2011-15.  Twenty years is a long time, but some California droughts lasted even longer.  Much longer.

One that began in 850 A.D. is thought by scientists to have droned on for a mind-numbing 240 years, and that megadrought occurred more than a millennium before the climate crisis industry invented itself out of whole cloth in the 1980s.  The drought of 850 wasn’t alone.  Fifty years before it began, another mega-drought, one that lasted 180 years, was just winding down.  Here’s an inconvenient truth climate doomsayers will never share with voters: the place now called California has been visited by countless extreme droughts for millions of years, 100% of which eventually came to an end, including the one that petered out in 2016.

Why won’t the doomsayers level with voters about California’s drought history?  Because doing so would blow a hole bigger than Grand Canyon in another of their contrived claims about the climate: that extreme weather in recent years is worse than ever before.

During the five years of the 2011-15 drought, the peddlers of climate doom at The Los Angeles Times ran a relentless barrage of dire stories warning that unless the U.S. immediately enacted massive carbon energy taxes, the drought could go on forever.  Act now!, voters were told, or vegetation in the state could be wiped out by a permanently parched environment.

Despite the never-ending drumbeat of man-made drought hysteria, no carbon taxes were enacted, and guess what?  Much to the dismay of the doomsayers, the California drought met its Waterloo in early 2016, when plentiful rainfall returned to the state.  After failing to sufficiently terrify voters, and realizing they could no longer hide the obvious, red-faced editors at the Los Angeles Times had no choice but to report the inconvenient news that California is flourishing again:

“It’s official: California is 100% drought-free.  For the first time since 2011, the state shows no areas suffering from prolonged drought and illustrates almost entirely normal conditions, according to a map released Thursday by the U.S. Drought Monitor.”

“Reservoirs are full, lakes are full, the streams are flowing, there’s tons of snow.  The drought is all gone now.”

Thanks to an ever-changing climate (a.k.a. climate change), droughts come and droughts go.  After being duped to believe the state’s diverse vegetation faced almost certain extinction, Californians were treated to one of the most glorious wildflower super blooms ever seen.  Take a deep breath before looking at the pictures linked to below, and don’t forget to thank God for climate change, because without it, the most recent California drought would have lasted until the end of time.