Some of the laws included prohibiting firearms to persons under 21, temporarily seizing guns from people a judge deems a threat to themselves or others, and requiring certain secured firearm storage or trigger-locks.

The following month I did a blog post highlighting how ineffectively those new laws were preventing gun violence. See my post here.

On Friday, Seattle presented hard data that confirms the state’s new gun control laws are having ZERO effect on criminal behaviors in their city.

MyNorthwest.com reports that the Seattle Police Department (SPD) released its annual report on gun violence, and statistics show the number of shootings in 2019 is up from 2018. One of the causes is an increase in gang-related violence.

SPD records showed there were 332 shooting incidents in the city last year, an increase from 313 in 2018. There were also five more fatal shootings year over year.

At least the Department is solving 72% of the crimes, which is above the national average. Compare that to Chiraq’s dismal 12.2% clearance rate. 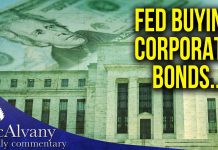 Fed’s Money Man Can, Just Like The Candy Man Can