For anyone following the gold industry, a significant development that many in the finance industry may not be paying close attention to is the emergence of Judy Shelton within the Federal Reserve.

President Trump recently nominated Judy Shelton and Christopher Waller to fill the two vacancies on the Federal Reserve Board of Governors. If confirmed, Mrs. Shelton has publicly advocated for lower rates and also the reintroduction of a gold standard. The president has openly criticized Fed Chairman Jerome Powell about not lowering interest rates quickly enough. His four-year tenure as Fed chair expires in February 2022.

This is a very interesting development because one can only assume if Trump is reelected, he could potentially appoint Mrs. Shelton as the next chairman. Which logically, makes a lot of sense as Trump continues his hard negotiation with China on fair trade.

“When governments manipulate exchange rates to affect currency markets, they undermine the honest efforts of countries that wish to compete fairly in the global marketplace. Supply and demand are distorted by artificial prices conveyed through contrived exchange rates. Businesses fail as legitimately earned profits become currency losses,” she wrote in a February 2017 opinion article in The Wall Street Journal.

With the insanity of negative interest rates starting to come to fruition across many economies, naturally, the reintroduction of gold into monetary policy does not seem unreasonable. The primary objective of money is typically to be a medium of exchange, unit of account, but also a store of value. Gold has been doing this for thousands of years as Judy understands:

Secondly, President Trump understands the gold market and its importance of it being a stabilizer in turbulent economic times.  He has publicly tweeted (see below) about gold which can confirm these claims: *click the image the see the tweet directly

Economically, maybe Trump assumes normalized interest rates is not coming back due to the endless money printing that took place after 2008. The world of negative yielding debt is beginning to be a natural reality which will continually debase  currencies globally and one of the only things to hedge this debasement is of course, gold. 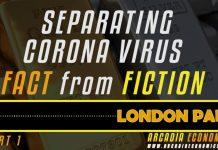