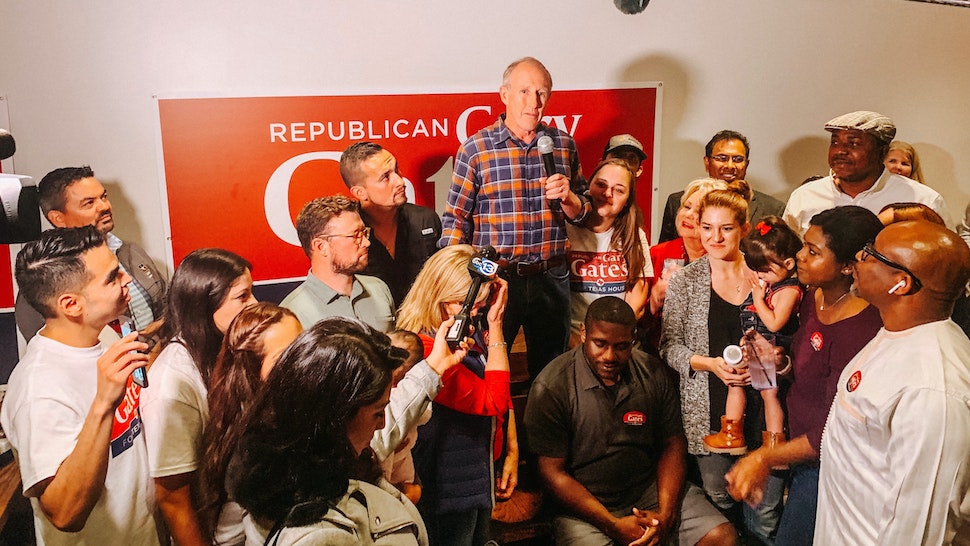 “Beto O’Rourke practically made the district a second home after ending his own presidential campaign in November, spending weekends knocking on doors in Katy’s affluent neighborhoods,” the AP continued. “One national Democratic group called Forward Majority, which is spending millions of dollars nationwide to flip GOP-controlled statehouses, says it has spent $400,000 on the race, at least four times what the group spent on any other Texas district in 2018.”

Democrats and the media had tried to claim that this was a bellwether race for this November that this race was going to help them push their narrative that Texas was turning purple.

“It’s the symbolism,” said Mark Jones, a political scientist at Rice University. “It would help Democrats with the narrative that Texas is turning purple.”

All the grassroots momentum pushed it over the finish line. Thank you to all of the volunteers who knocked thousands of doors and made thousands of phone calls in Fort Bend County.#KeepTexasRed ☑️🇺🇸 #txlege pic.twitter.com/uan0xJvTLX

Abbott took a shot at O’Rourke earlier in the evening, writing: “Wait. Beto math was that if he won or was close in a House district then he could help a democrat win. He came within 3% in this district. Early returns show the Republican winning by about 18% Beto math doesn’t work. All of that $ was incinerated.”

Beto math was that if he won or was close in a House district then he could help a democrat win.

He came within 3% in this district.

Early returns show the Republican winning by about 18%

Beto math doesn’t work.
All of that $ was incinerated. https://t.co/1euLaqE0px

Markowitz tried to spin her blowout double digit loss as a win late on Tuesday, declaring that she and the Democrats in Texas had established momentum heading into November, despite having no evidence to substantiate her claims.

“We knew this election would be tough — it’s not easy to take on Republicans in an off-year special election, but we made this seat competitive in a way it’s never been before,” Markowitz said. “We head into November having established a movement for change and that movement will continue across the state of Texas through November. This is a grassroots campaign dedicated to putting people over special interests, and we’ve built a network that will last for years to come.”